EOD sparring partner had begun scratching up an elite NS army at this point, which for this game was just white primed bases.

No idea what we played but I I did finally field the painted Magmadroth / ABP: 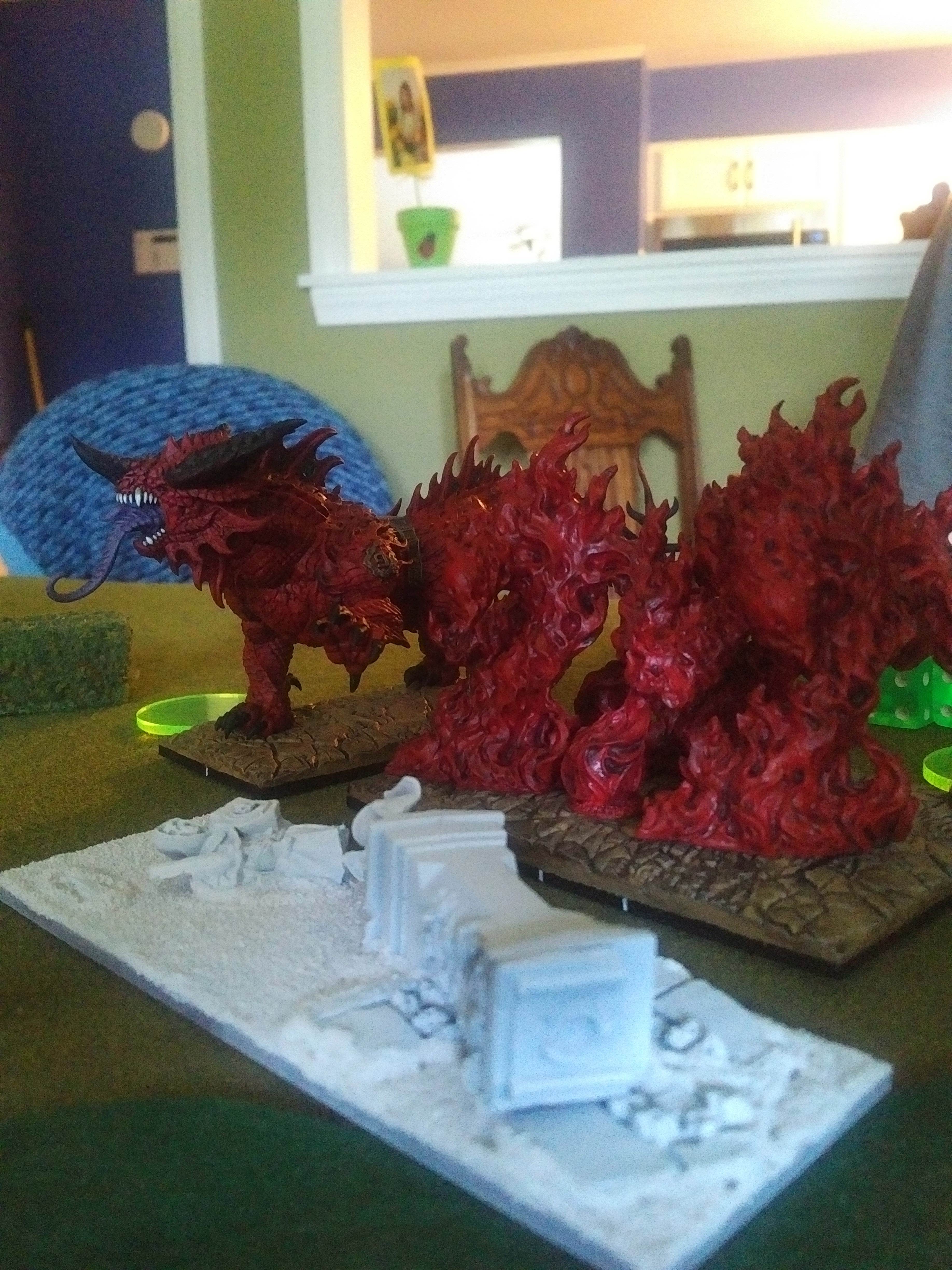 I seem to remember him meeting an ignoble end, as appears to be his fate.

As for the game itself, I had an Ember Sprite regiment hold up a Worm legion on snakes twice in a row, which allowed me to overwhelm them with Fire hordes and turn the match on its head. Flukey stuff but I’m not complaining.