I havent played KOW since July, when I closed on a house and instantly lost all my free time. And through a cruel twist of fate all the KOW events in the NE US happened to fall on dates I was already booked for music festivals and stuff like that. The struggle.

That said, before July I did play some games that went unreported, and in the interest of completion I wanted to share what details / pics I have of them. Also because I miss writing and reading KOW reports, which really seem to have dried up in the last months. Ill be trying to fix that again (hopefully by playing more soon).

*Plus a bunch of items where relevant. Caskets, ASB item, crossbow booster, those sorts of things.

It looks like we played Dominate, with Sallies going first. 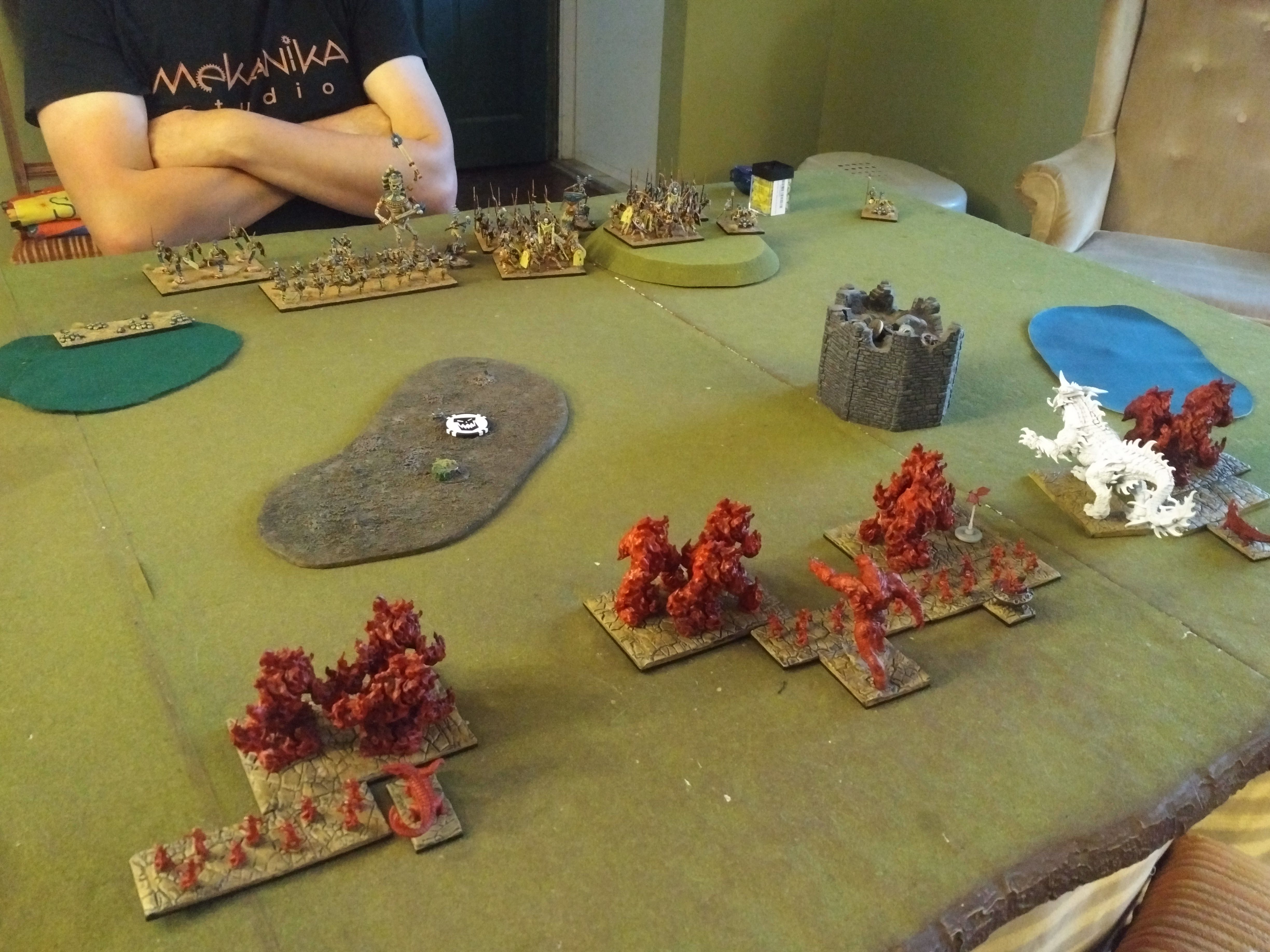 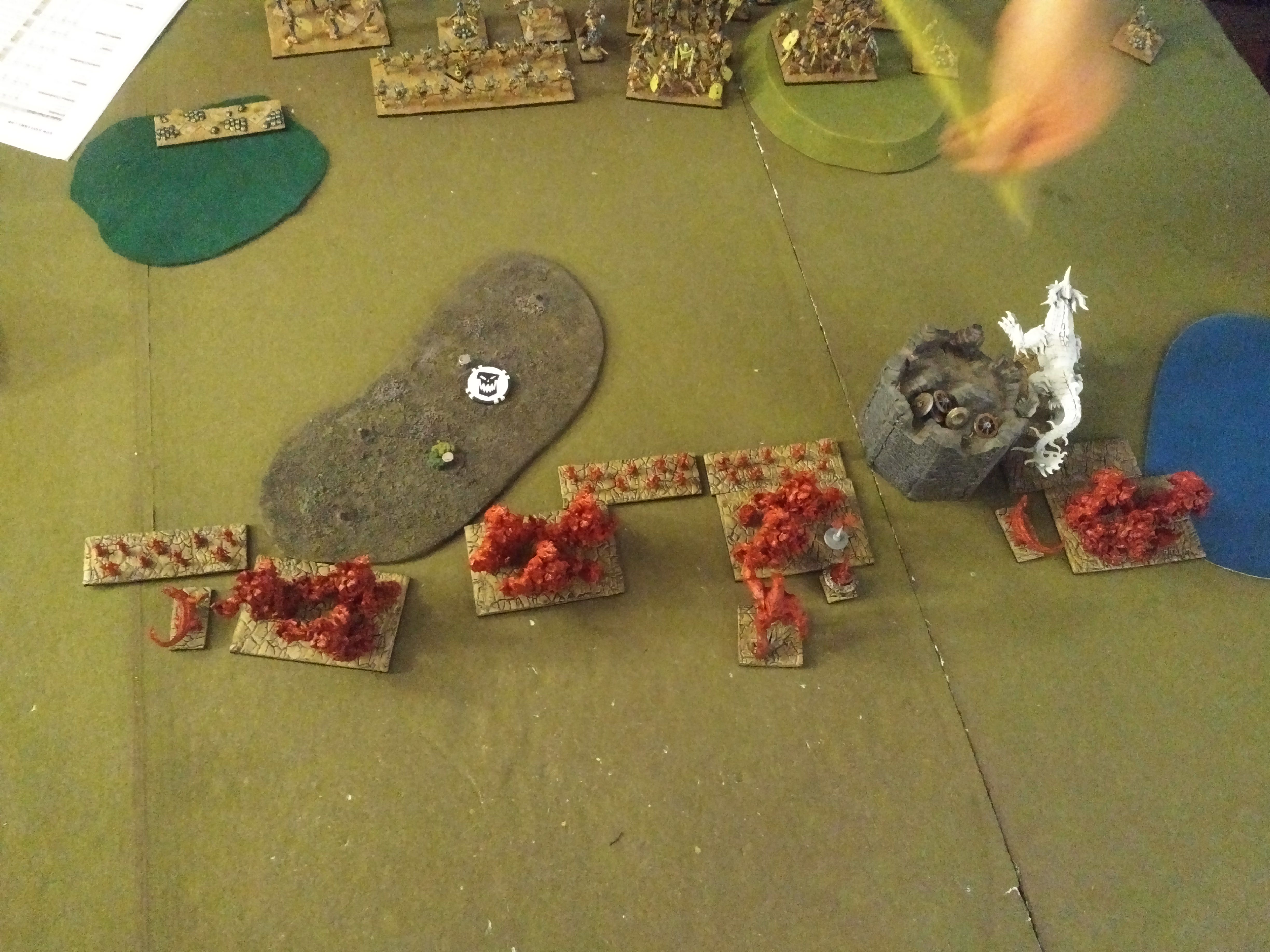 Sallies go as aggro as they can, with the Ghostdroth overextending a tidge. 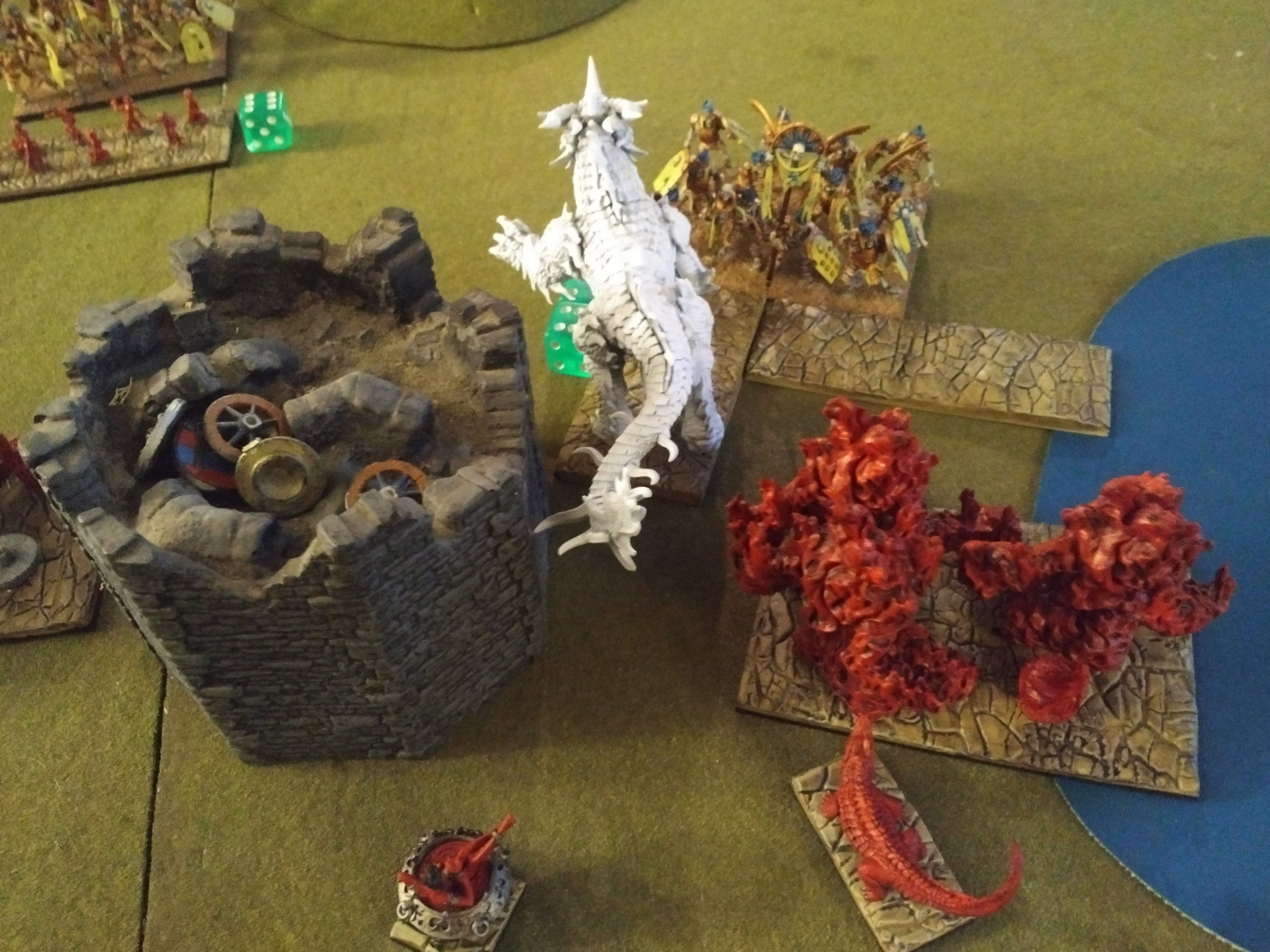 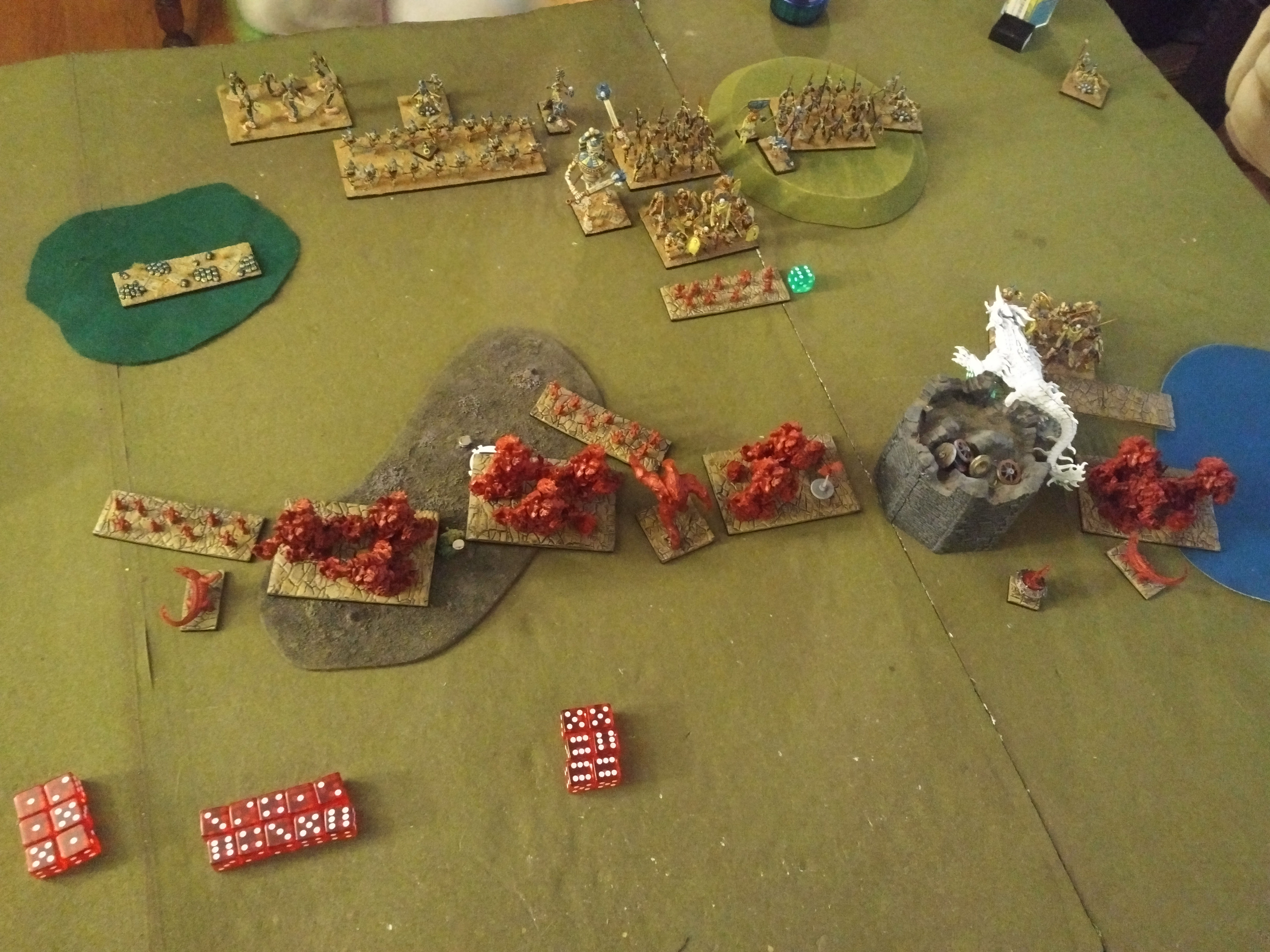 Ka-surge! Ghostdroth gets nabbed by a healthy Mummy surge, they rip into him with hot dice but he stays cool. Sallies respond with some jam for the most part. 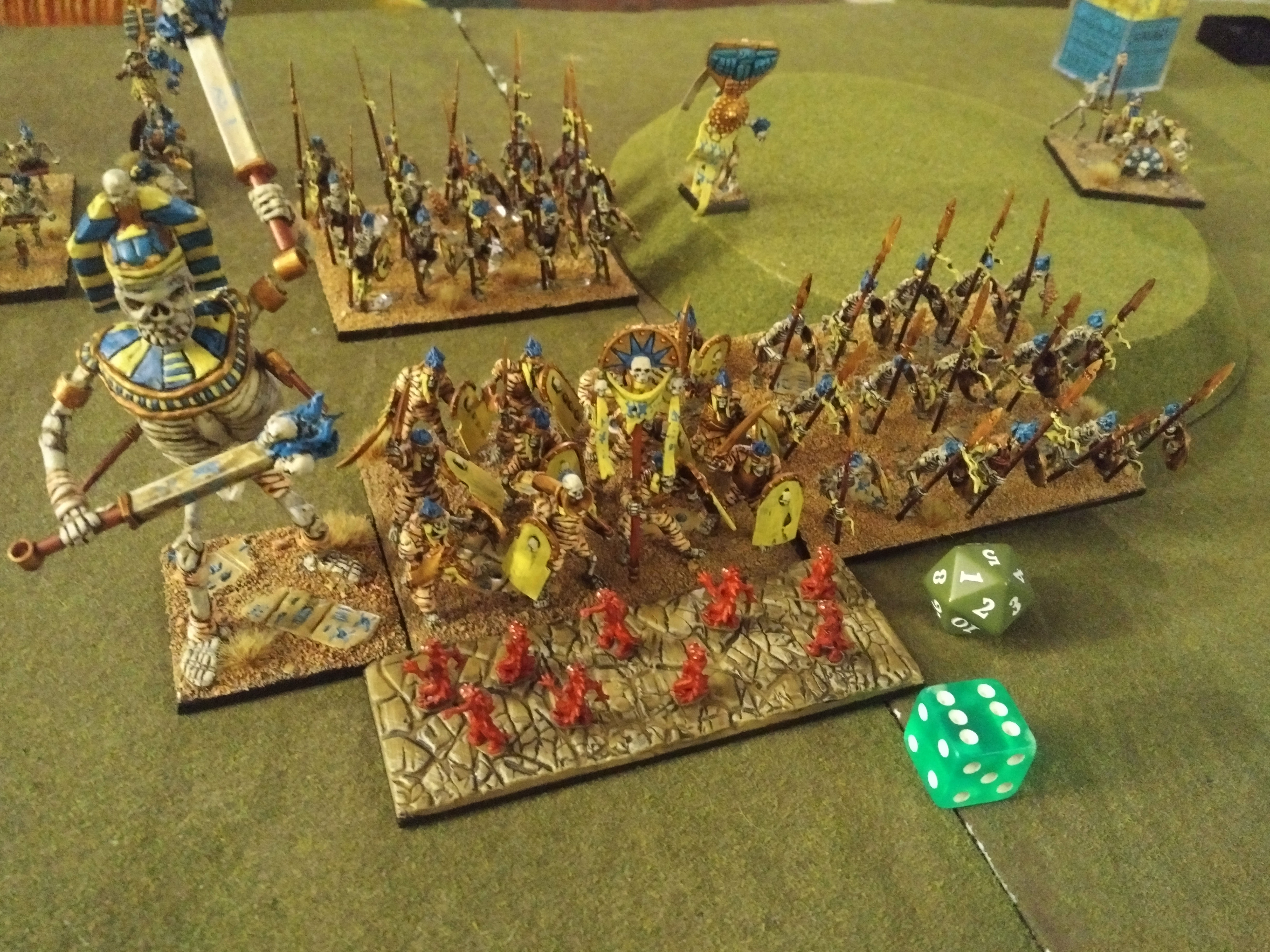 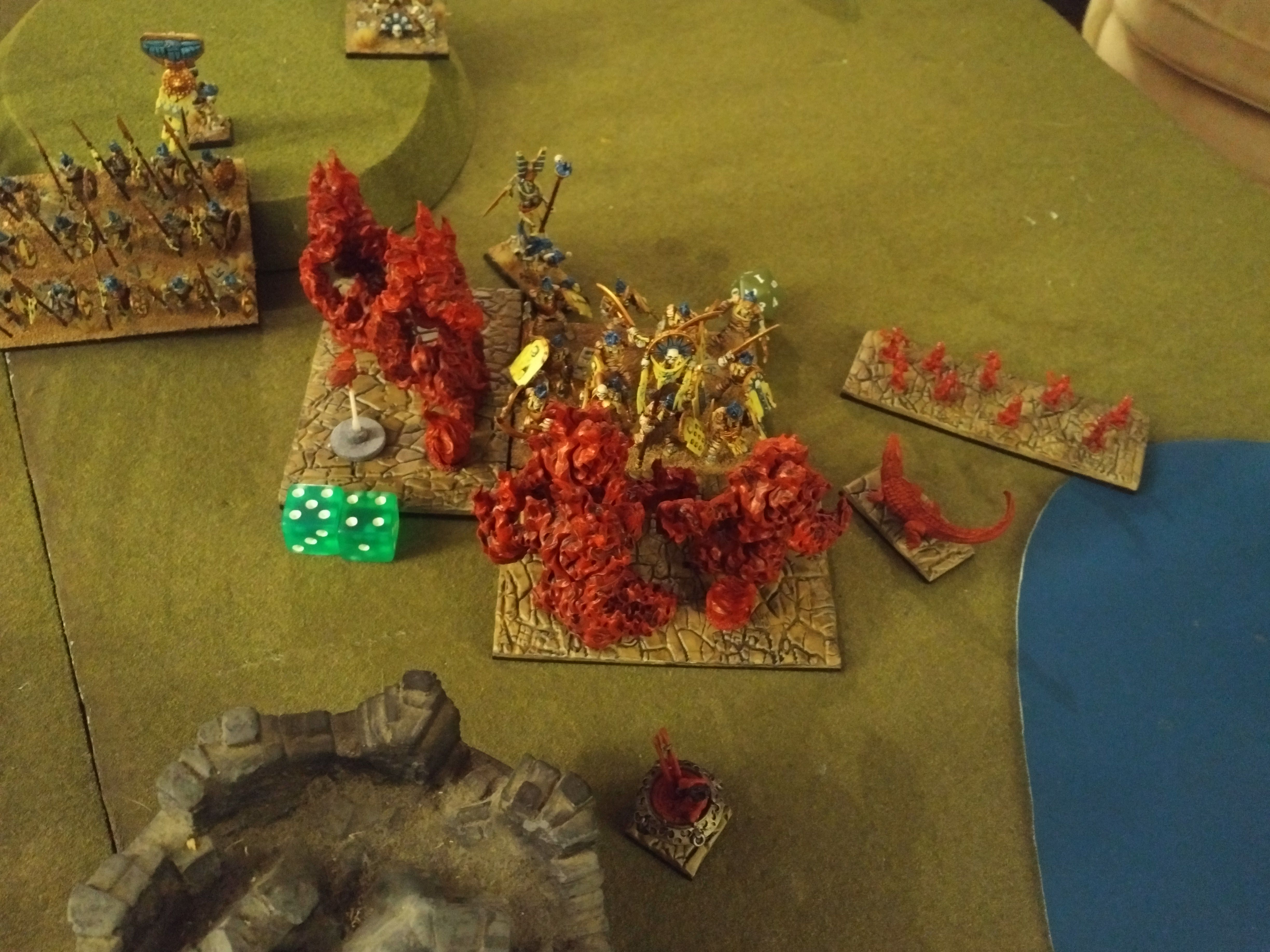 Retaliation is swift and overwhelming. For the Droth! 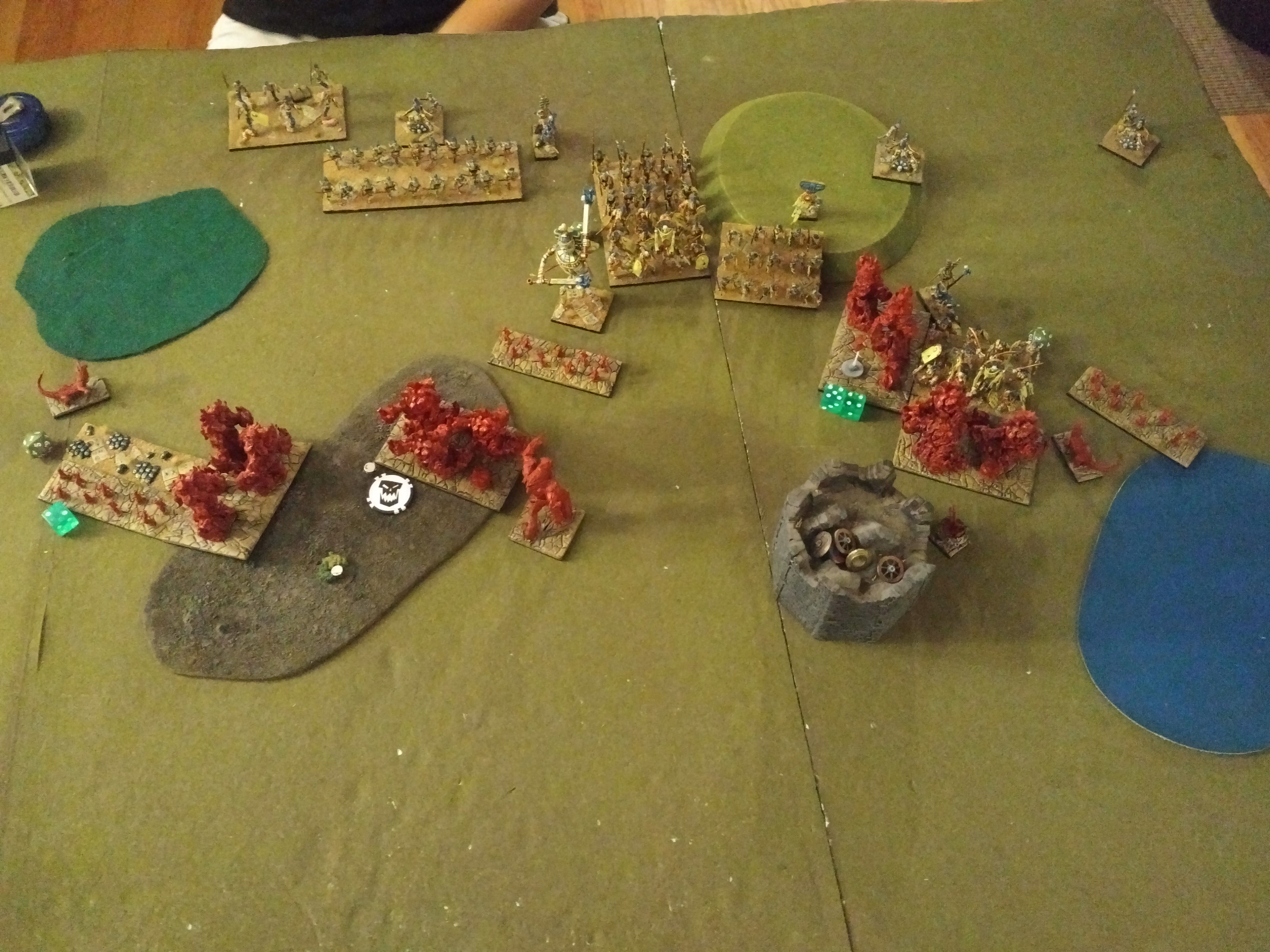 The Swarm is cuddled into molten bug goo too as Team Fire prepares to receive Team Dust. 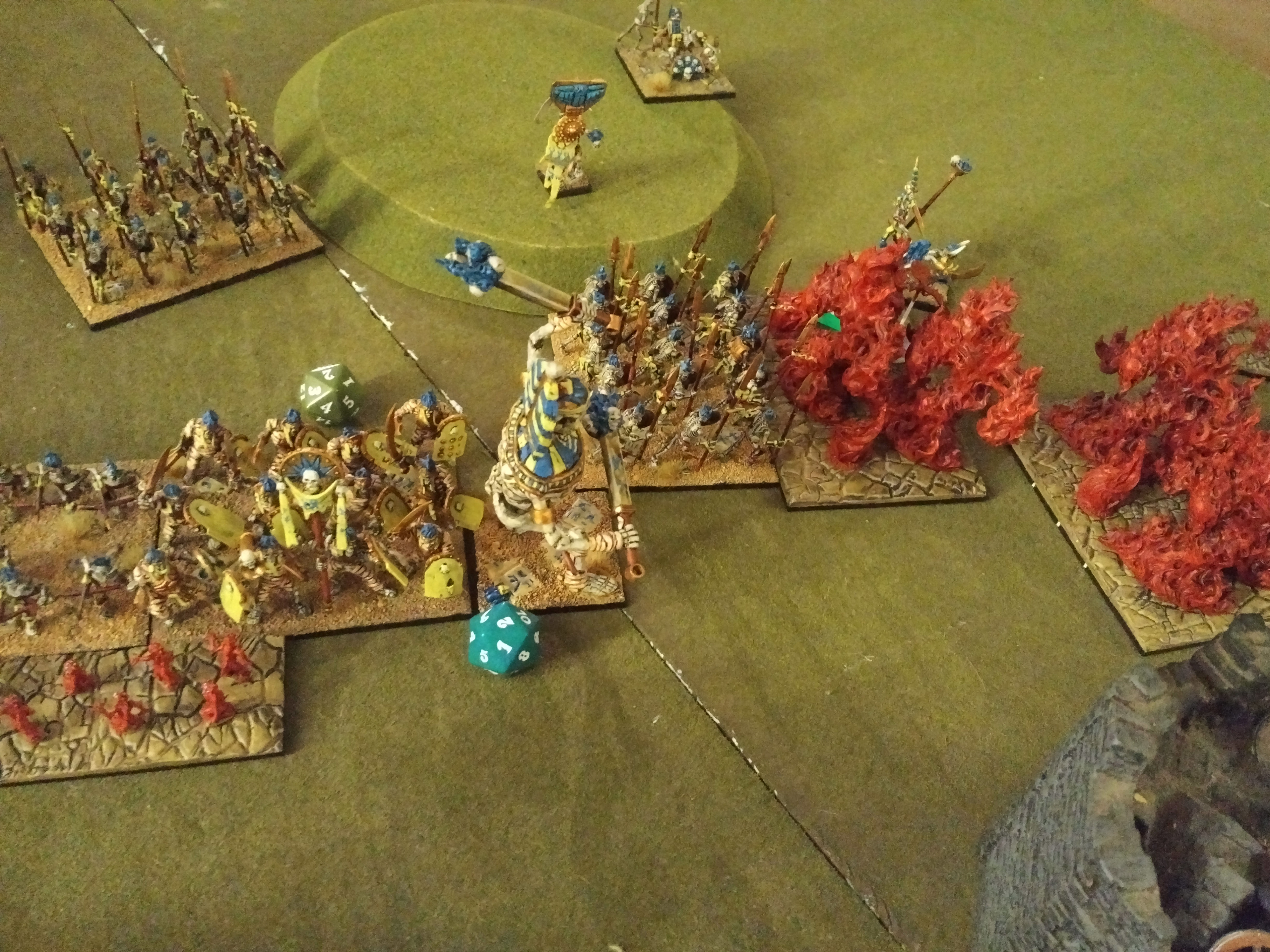 The undead for the most part bounce off the wall of fire. 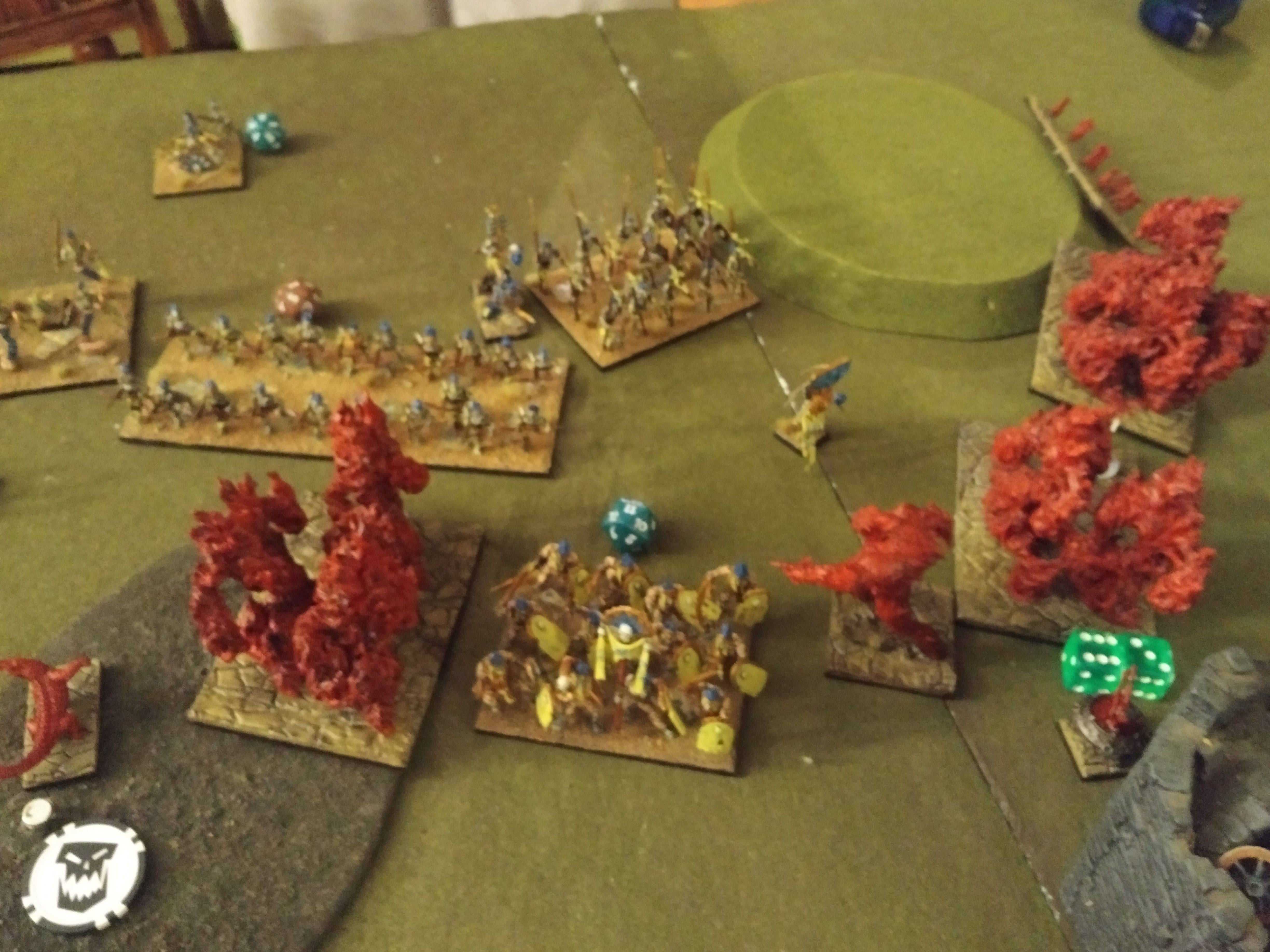 And are dispatched with uncharacteristic competence! 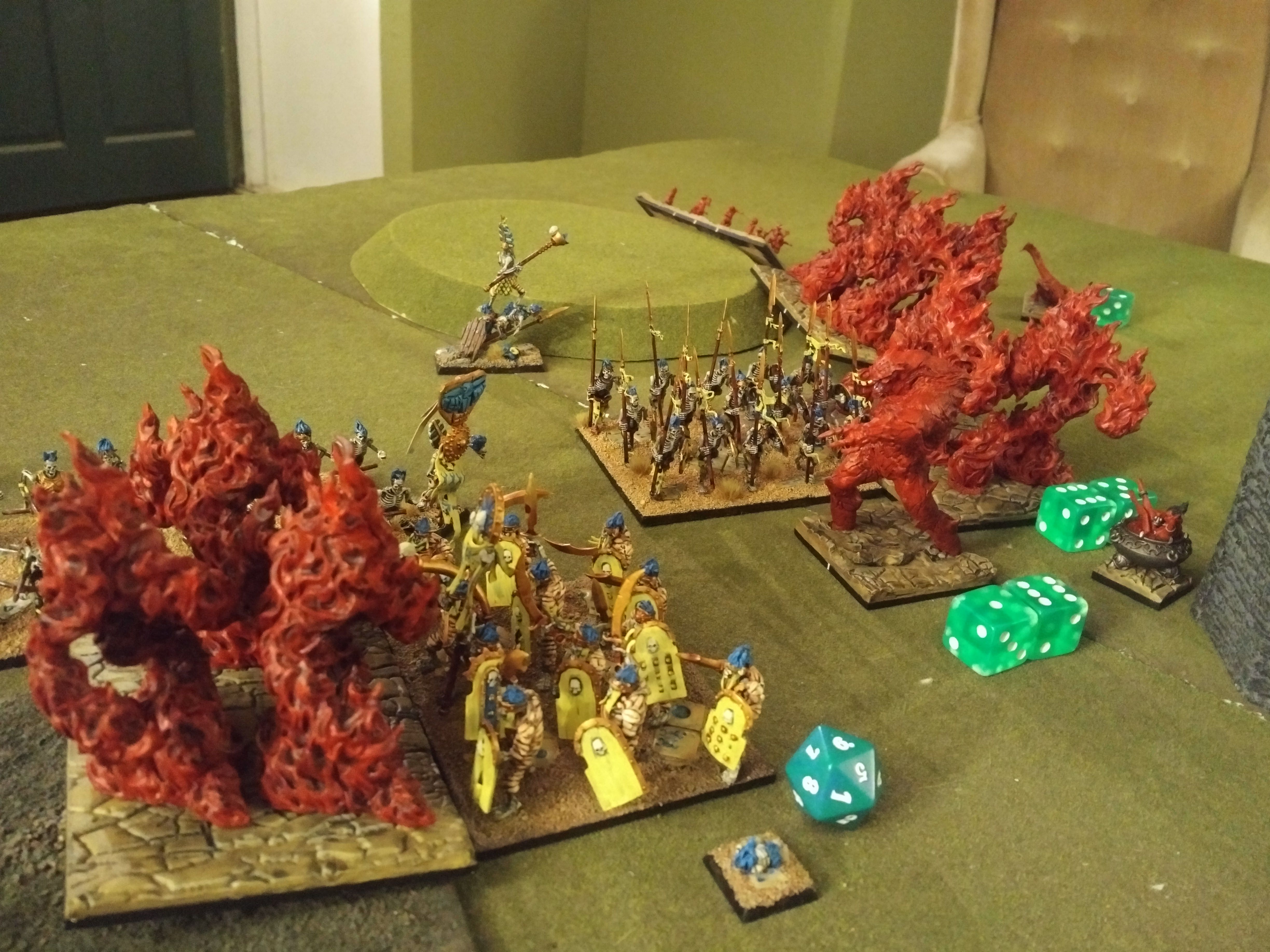 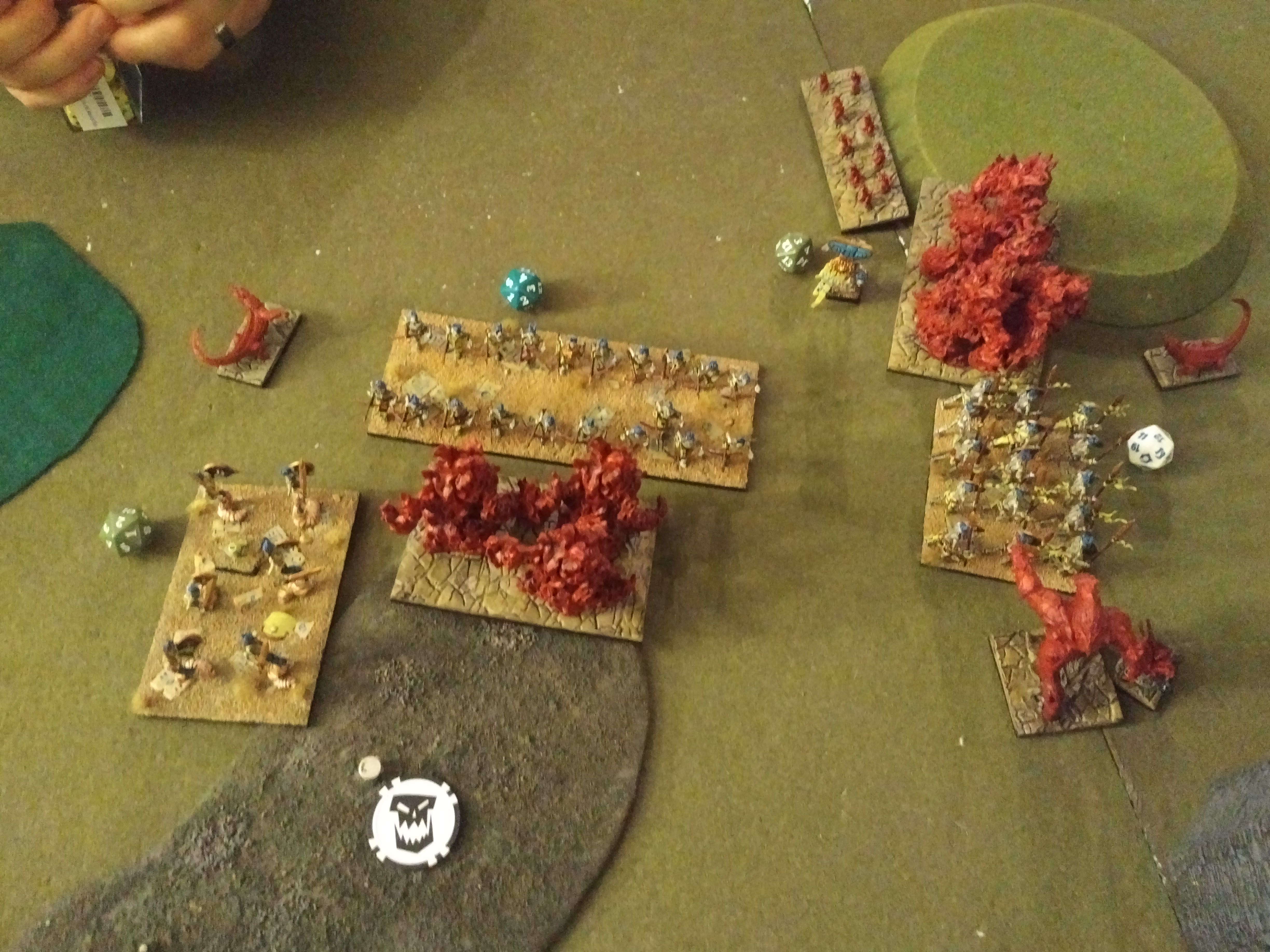 End game looks to be a tie by my count, with eight unit strength for both sides within range of the center.