Wanted to post a quick check-in during the Wintermas season. Gaming and hobbying has been all Kill Team for me – terrorizing my buddies with Gellerpox – but I’ve done a lot of scheming and buying for my 2019 KOW army, which is officially Trident Realm! Exciting, ensnaring, regening crabman times ahead.

That said, I really do like the Bloodfire, plus don’t really want to do the blank base dance for the first several months of 2019 as my TR amass. So I’ve got one last turn of the screw for the fire crew, which sees me finally relent and take a meta unit:

Yep, Jarraiders ftw. While I really like the quintuple Fire Elementals, the Jarraiders were always intended to fill their spot, I just stumbled on the execution last summer and stuck with what I knew. Playing a flying unit will be good experience, and there’s no denying that 18 vicious shots @ 24″ on a US2 frame adds a lot to the army.

I also want to finally give my CLOFD nimble, time and time again I wish he had it when choosing targets for his chunder cannon, plus it should do cool stuff when escaping combats I don’t want him to be in / flanking things. Plan is to celebrate his fancy footwork with a new, flamier model. I love the Dark Age Greater Fire Elemental, but the army as a whole has pushed out a lot of the ‘fire beast’ elements (Heralds on Raptors, the Ankylodon) in favor of Things Literally Burning: 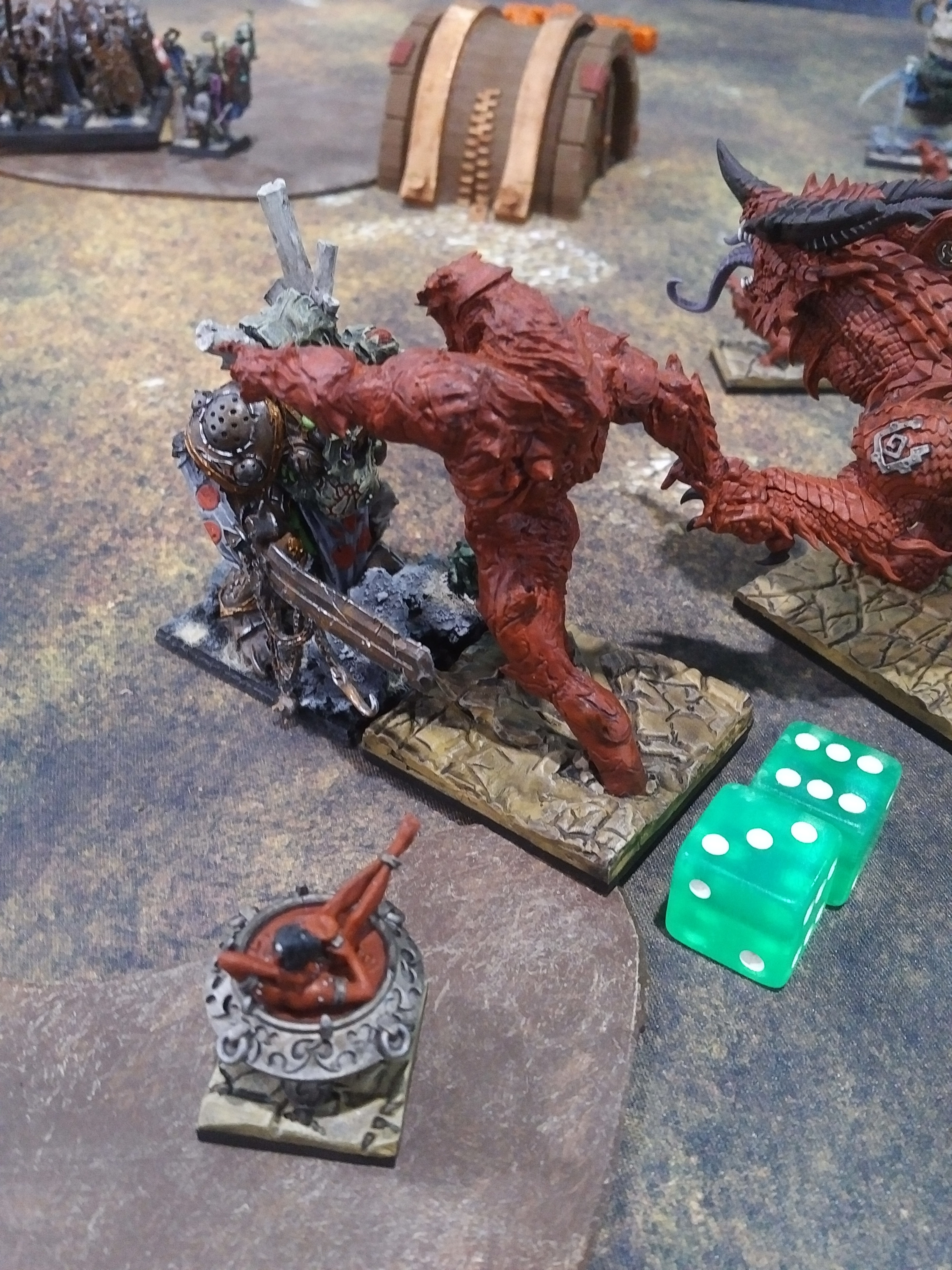 I figure painting up two more red units isn’t particularly taxing, then puts me at a 2250 list for people to smash against that I still get something new from, while I more leisurely work on crabmen.

Oh right, the COK19 part! Funnily enough, Bloodfire really received no changes from the new Clash. Lots of new spells are cool, but my MP are pretty happy with what they do, although I guess any dreams of double Martyr’s Prayer aren’t a thing now (which is totally cool with me). If I had the points I would use a new item or two (celery whip is great when charging is the fastest way your battleline gets around), and if/when I rotate the ABP back in he’s gotten the buffs he deserved (STRIDERRRRRR and a little help with shooting lulz). Unfortunately for the big lizard Agnes is just suuuuuch a good fit 🔥 EDIT: Agnes also got strider! Unexpected but appreciated little buff to the big girl.

Sorry this isn’t a batrep, however it is a promise that more Bloodfire reports will be happening in the new year. Until then, Merry Solstice and Happy 2019!