I think this rematch against the NS was an Occupy game, apparently with me going first. 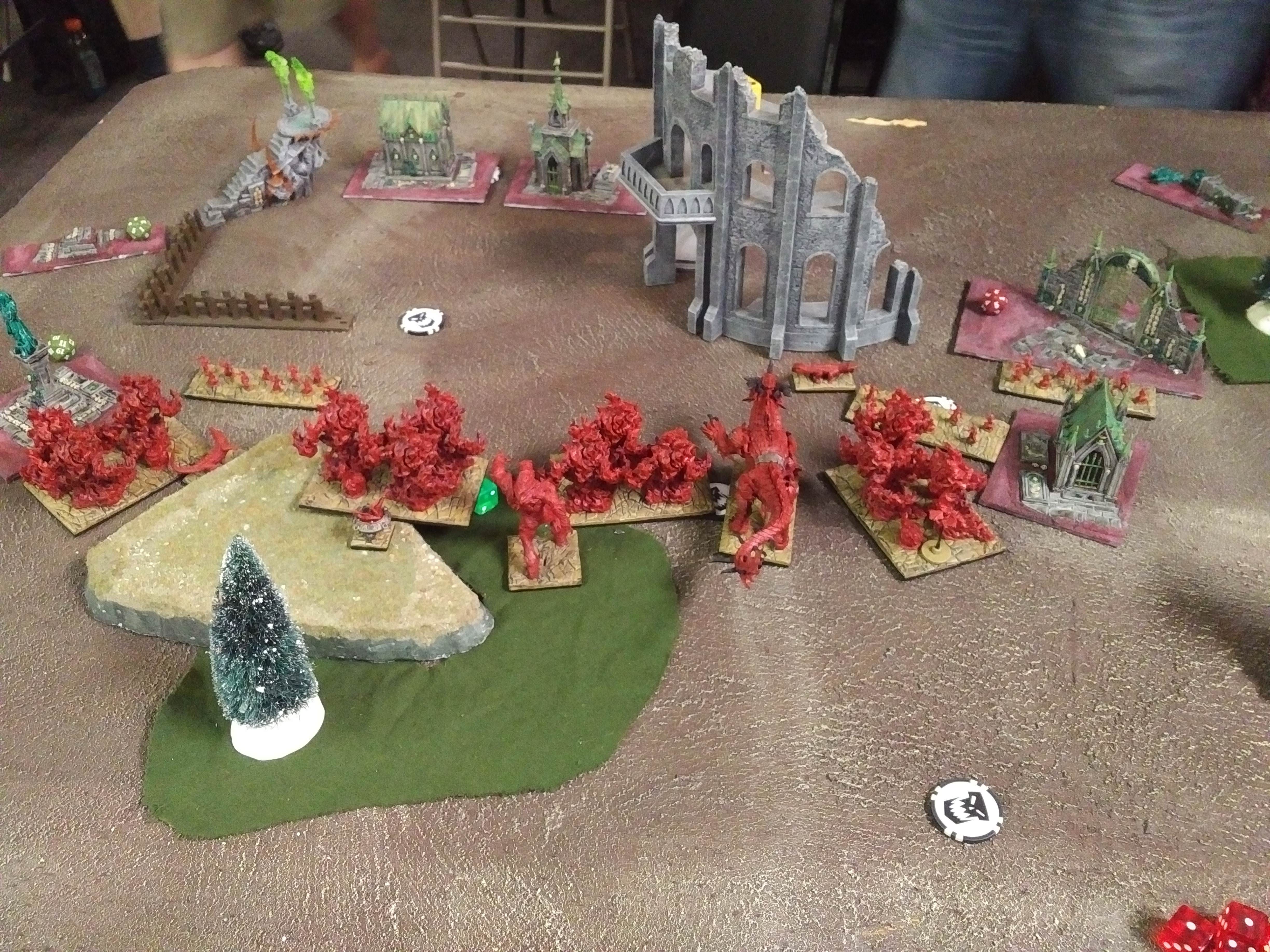 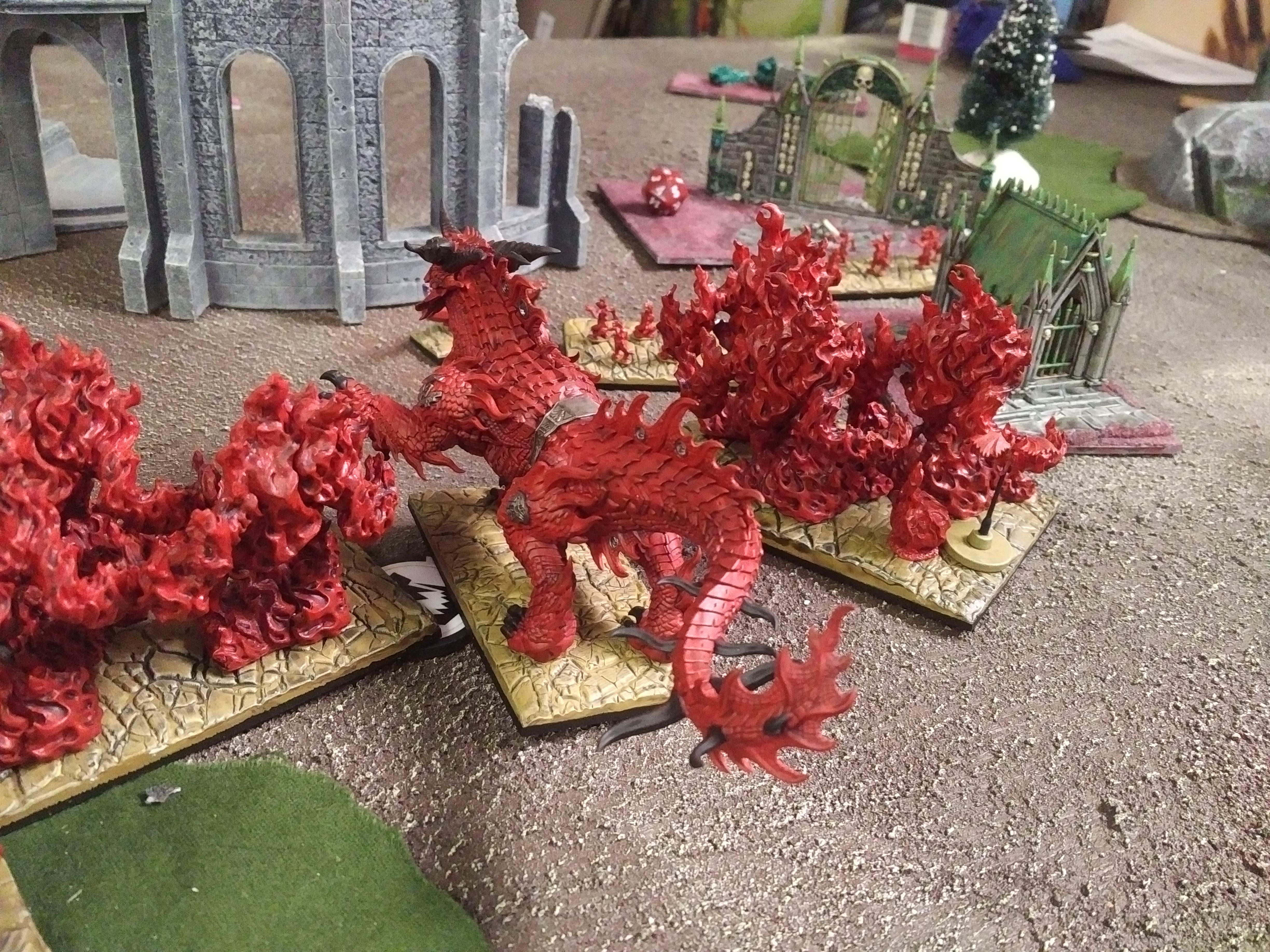 Red dudes slump forward, with the Stalkers more or less holding back while the Shadowhounds flank in and are eventually burned up. The Fiends over in the top left would refuse to engage until the very end of the game, despite over-threating the slow Fire hordes. 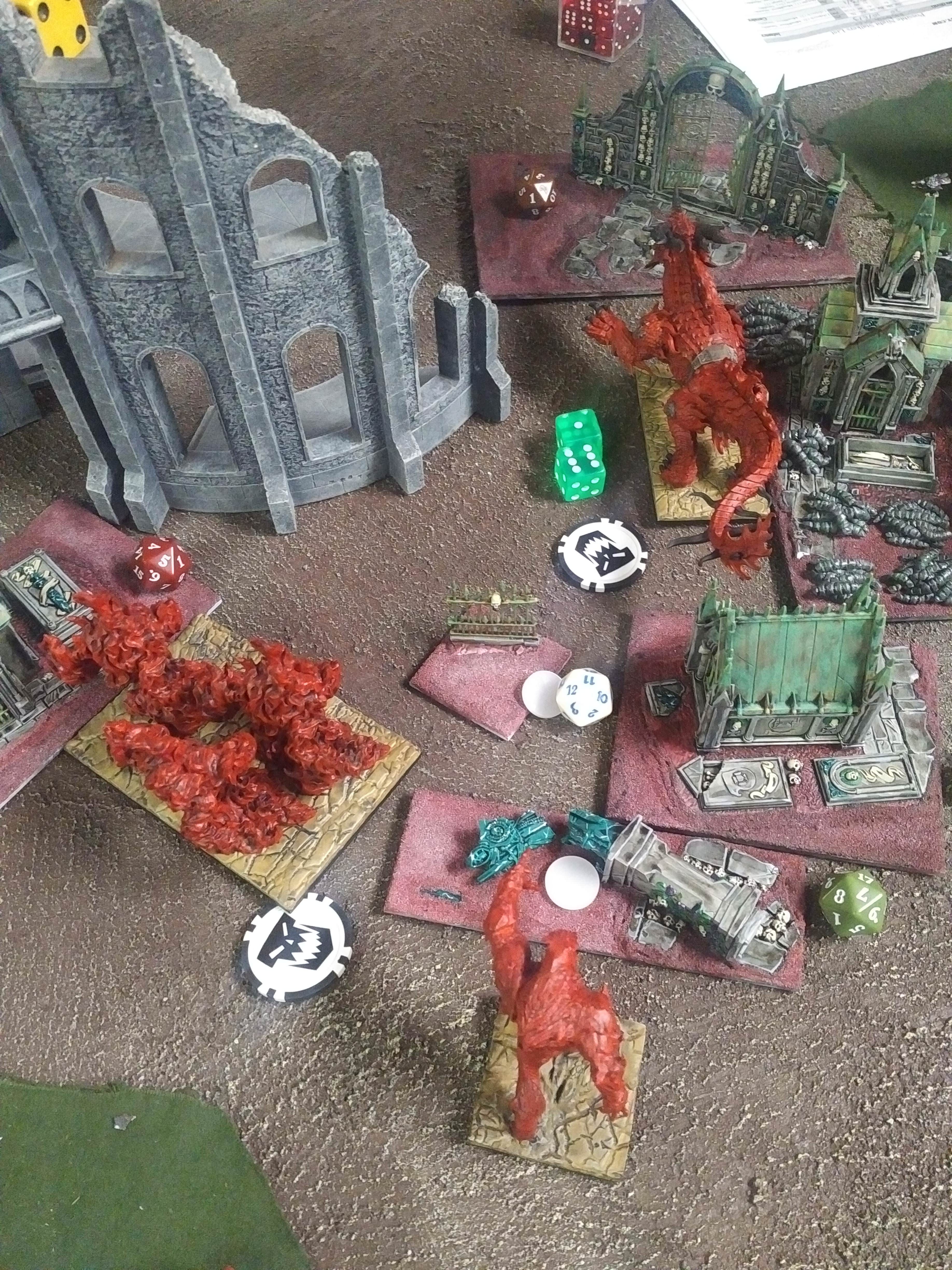 WOOOOO! While the left side of the field was largely a stand-off, the center/right involved the Magmadroth putting his D6+ to good work frustrating the Worms  who he couldnt do anything to, thanks to being a doofus when it comes to hurting things. The turning point of the game was likely the late turn where I remember not actually breaking the hard NS targets Id been working on for turns, especially the Lurker. Everybody wavered out, not letting me clear up the mess above as I needed to.

I honestly have no idea how this one ended up, but Im willing to call it a Stalker win.