Hail, ever faithful batrep readers! Salvage here, back to just shove a stake through this tournament report and put a bow on this blog. Sorry it’s been so long, but frankly my phone shuffles the order on all these photos, making my turn by turn documentation super hard to sort through. Combine that with how long ago this event was (June 1-2 in Cape Cod, MA) and there really aren’t that many details I can add to the photos. So strap in! 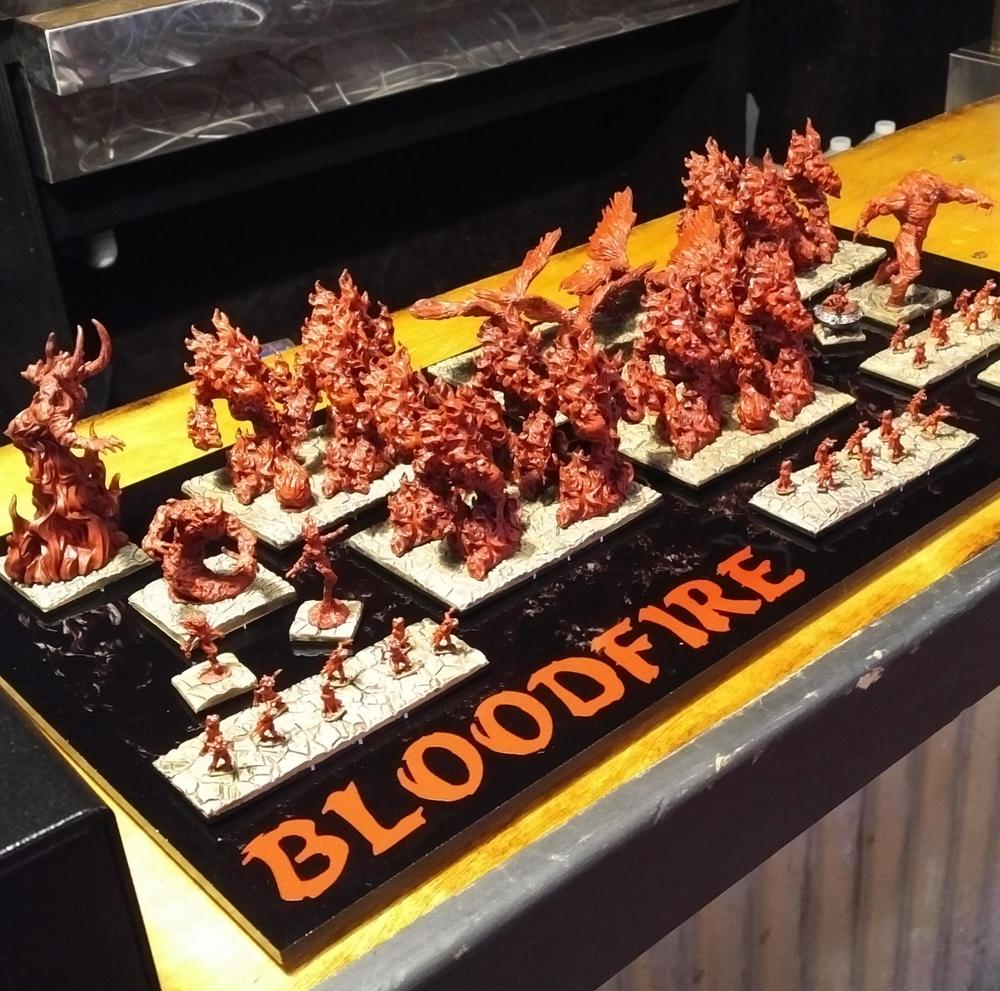 With 100 more points than usual and duplicates capped at four, I was finally pushed to paint up my Jarraiders and Lekelidon, two units I avoided simply because they’re actually in-meta and pretty great. Dropped the bane chant on the Priests, helping them stay focused, and picked up piercing for the CLOFD’s breath (16) – which was pretty sweet! 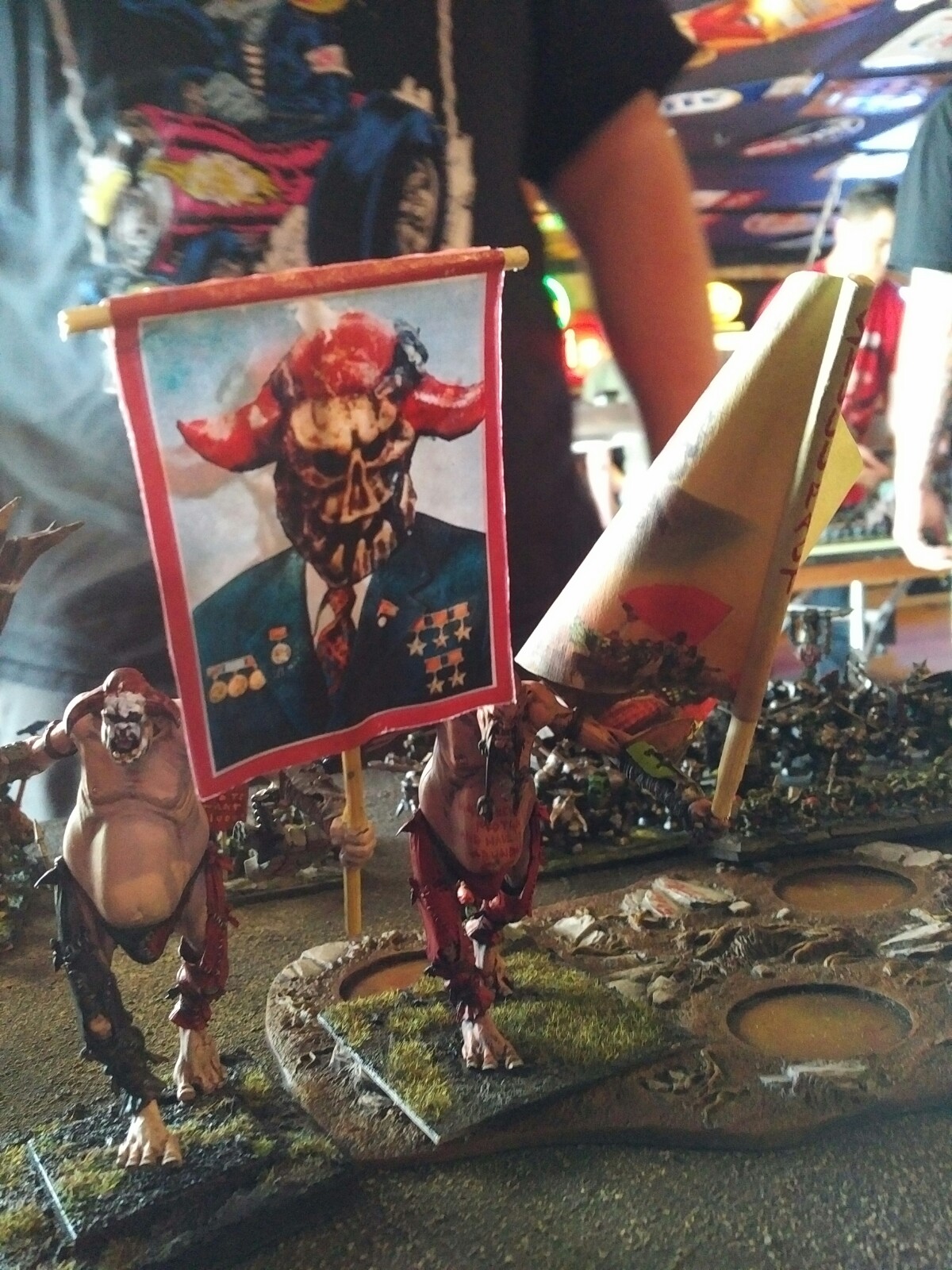 First game of Orc Town and I’m up against the legendary Skull Face of the titular Orc Town army! Pretty rad way to start the event, and Orcs are always fun to scrum against. The first match was Invade, and Bloodfire got the jump on the greenskins, which is always helpful in movement-based scenarios (lulz, like all of them m’right?)

Every table at Orc Town was themed and had a bit of background and explained what the terrain was. Round 1 saw us on the War Kings National Cemetery. 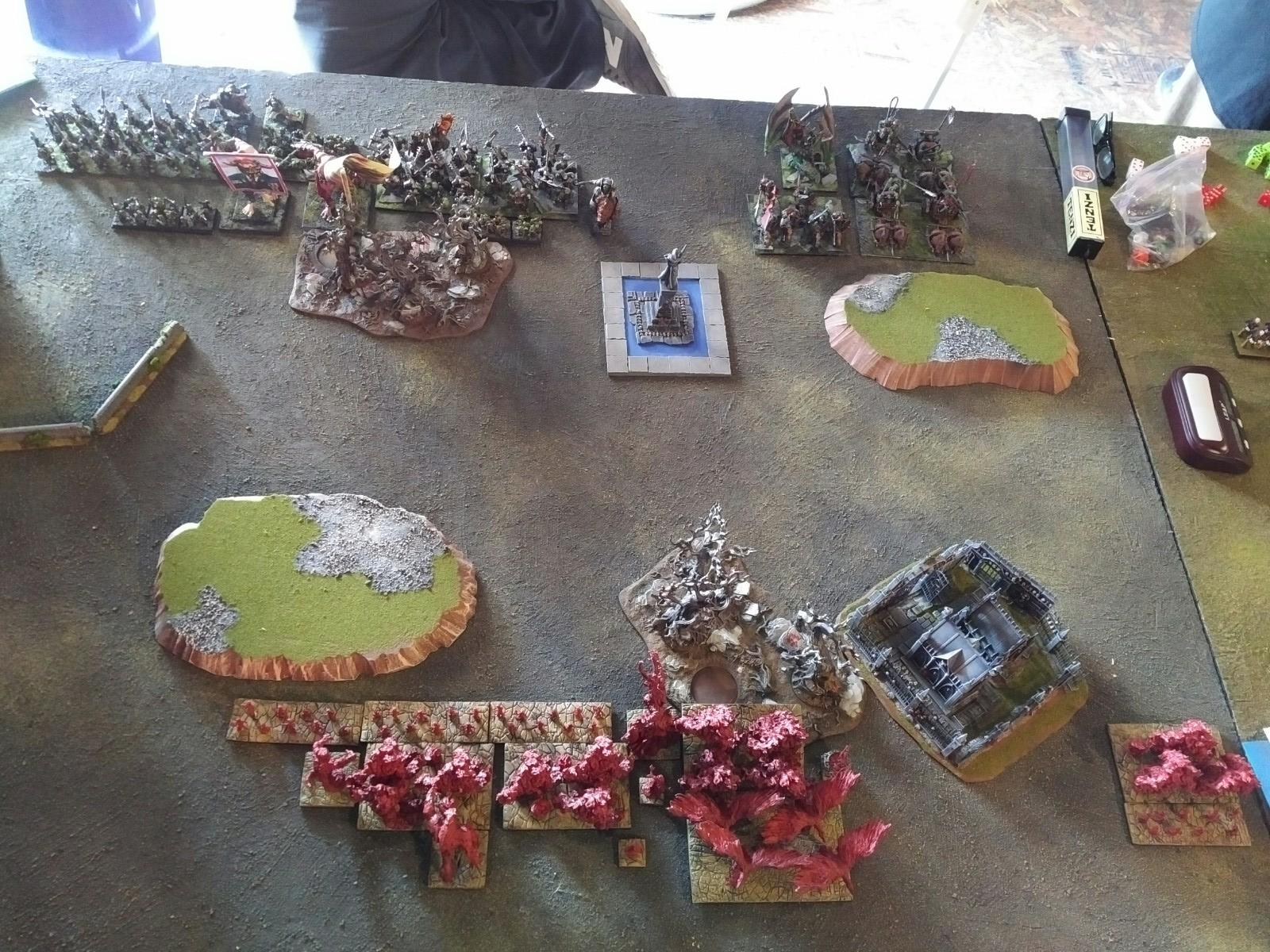 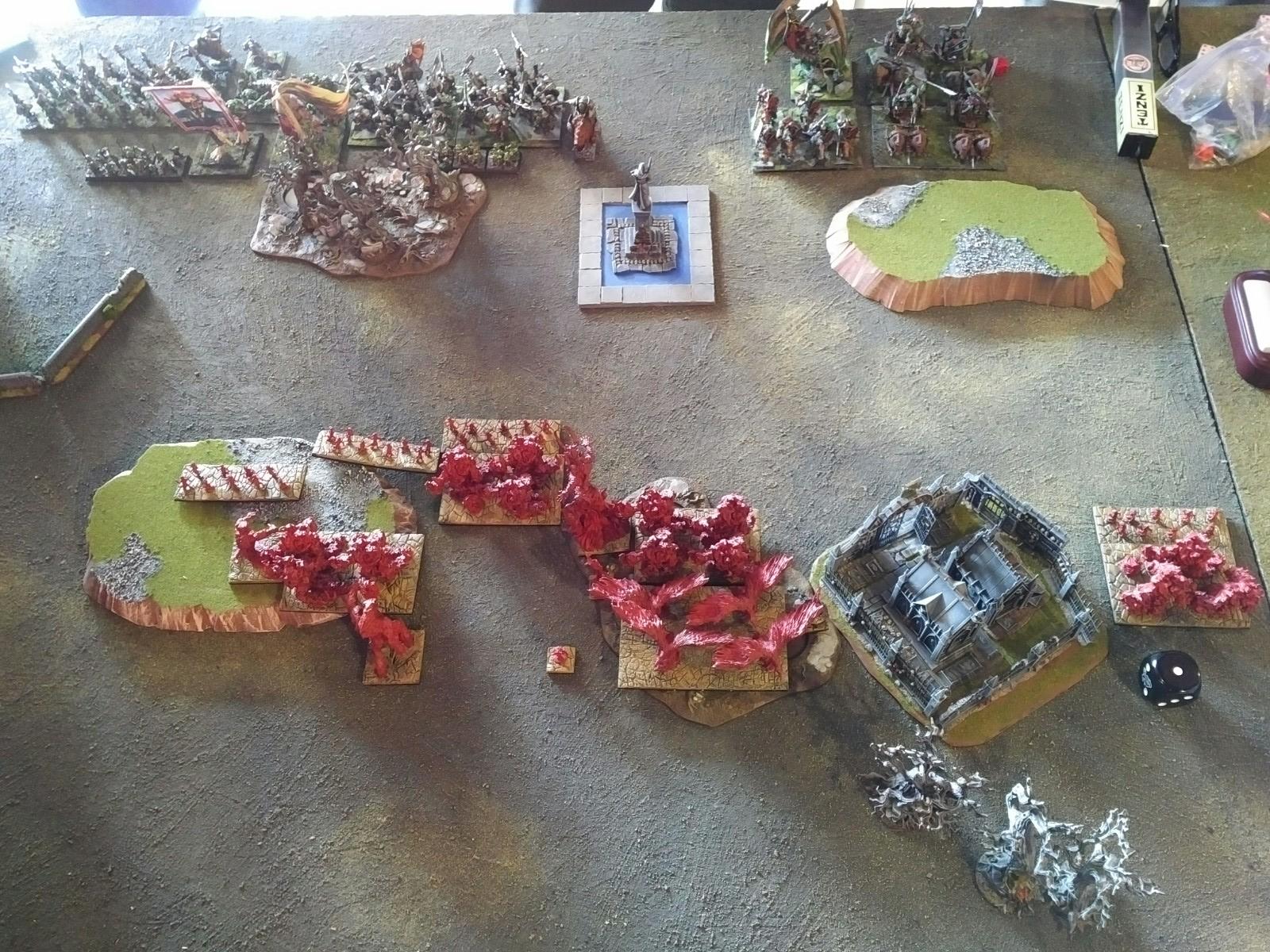 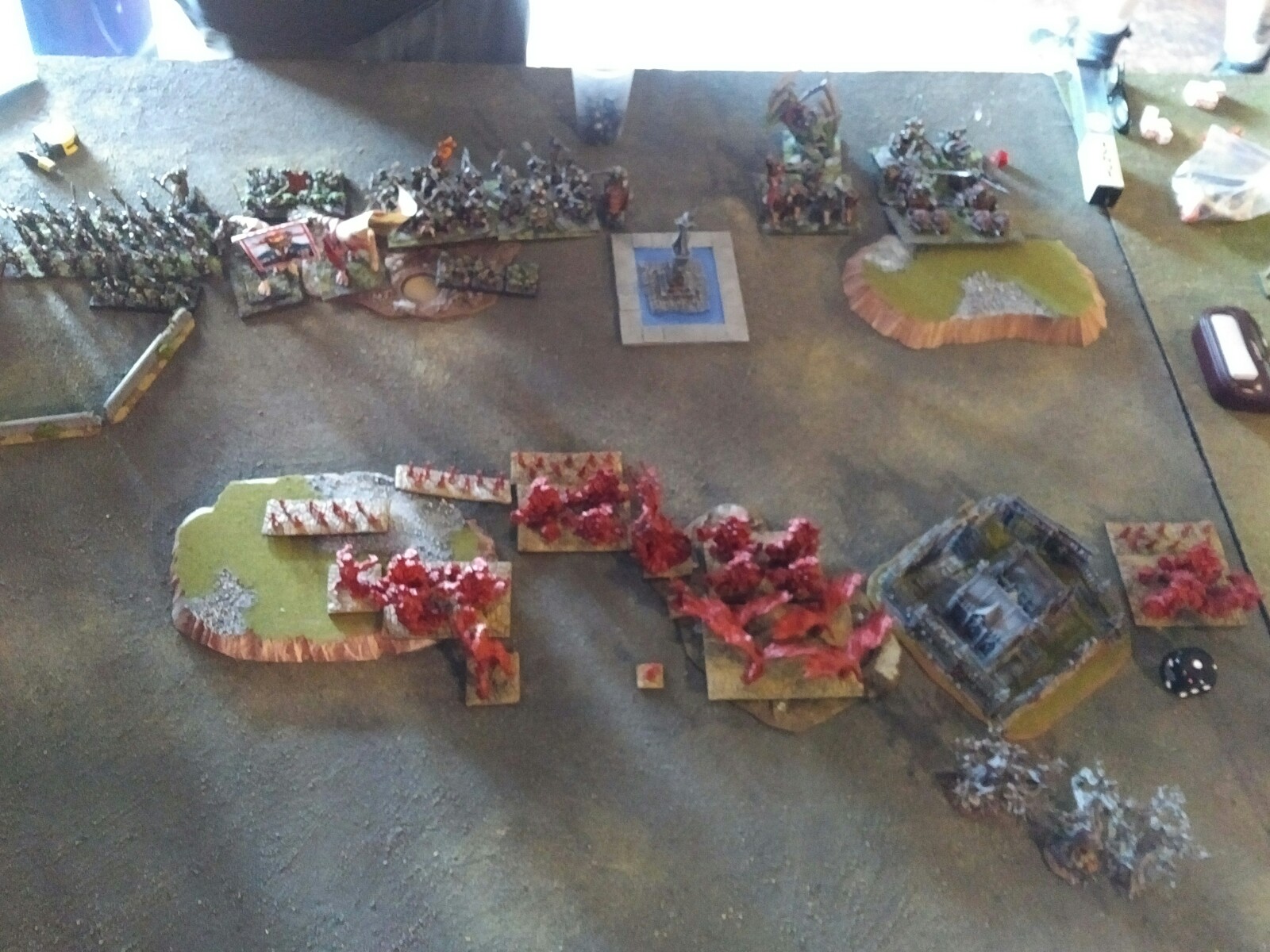 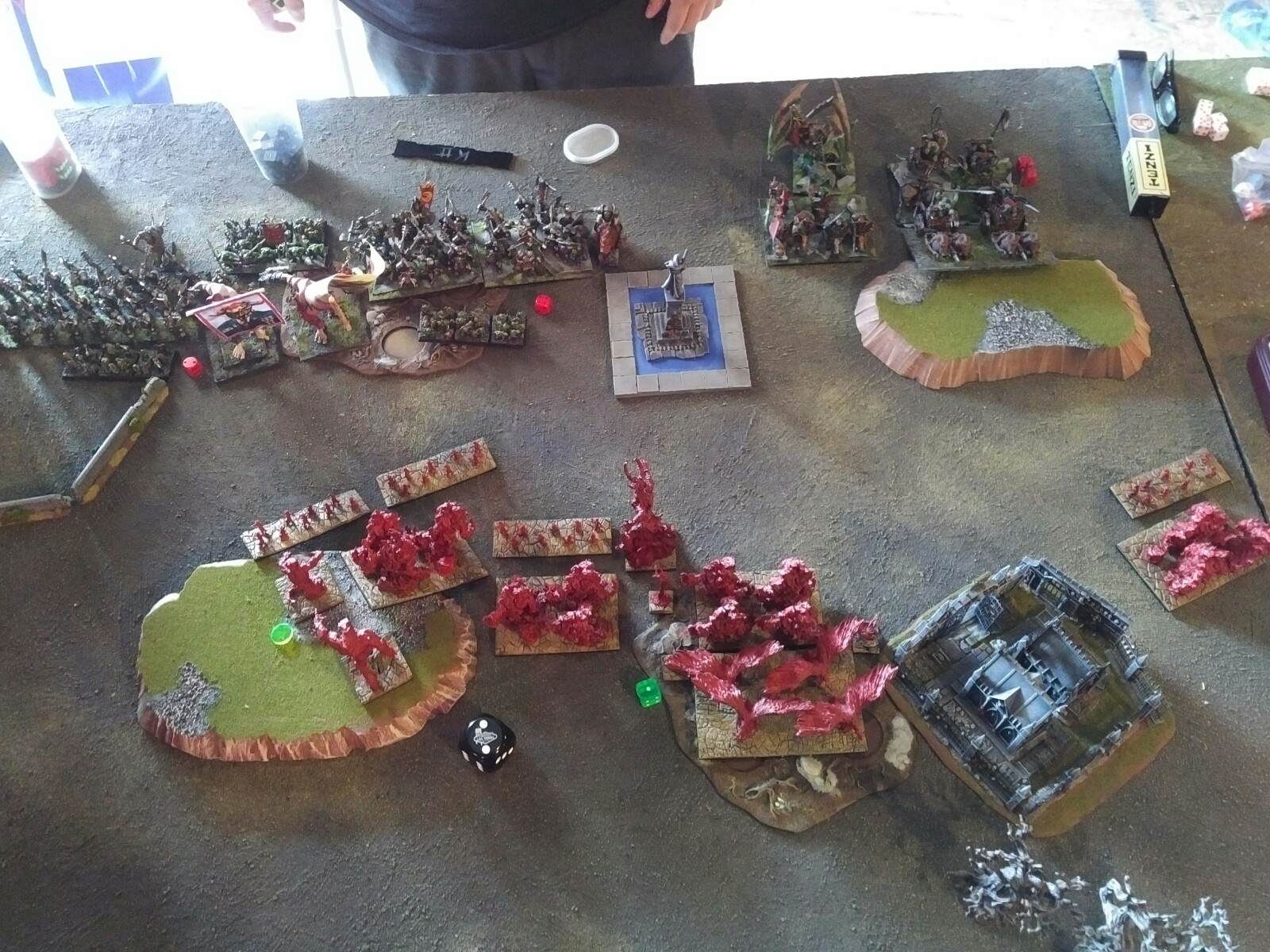 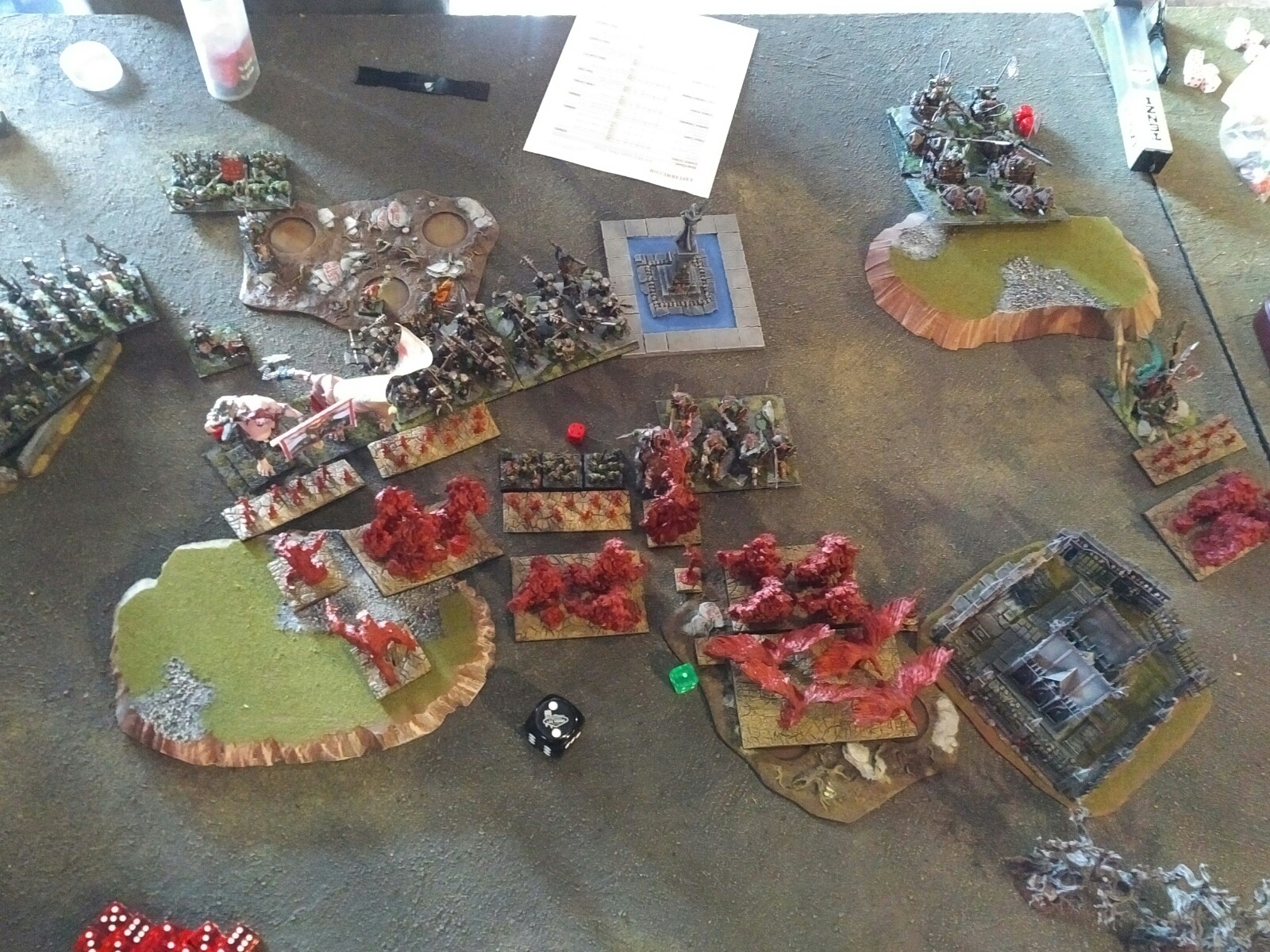 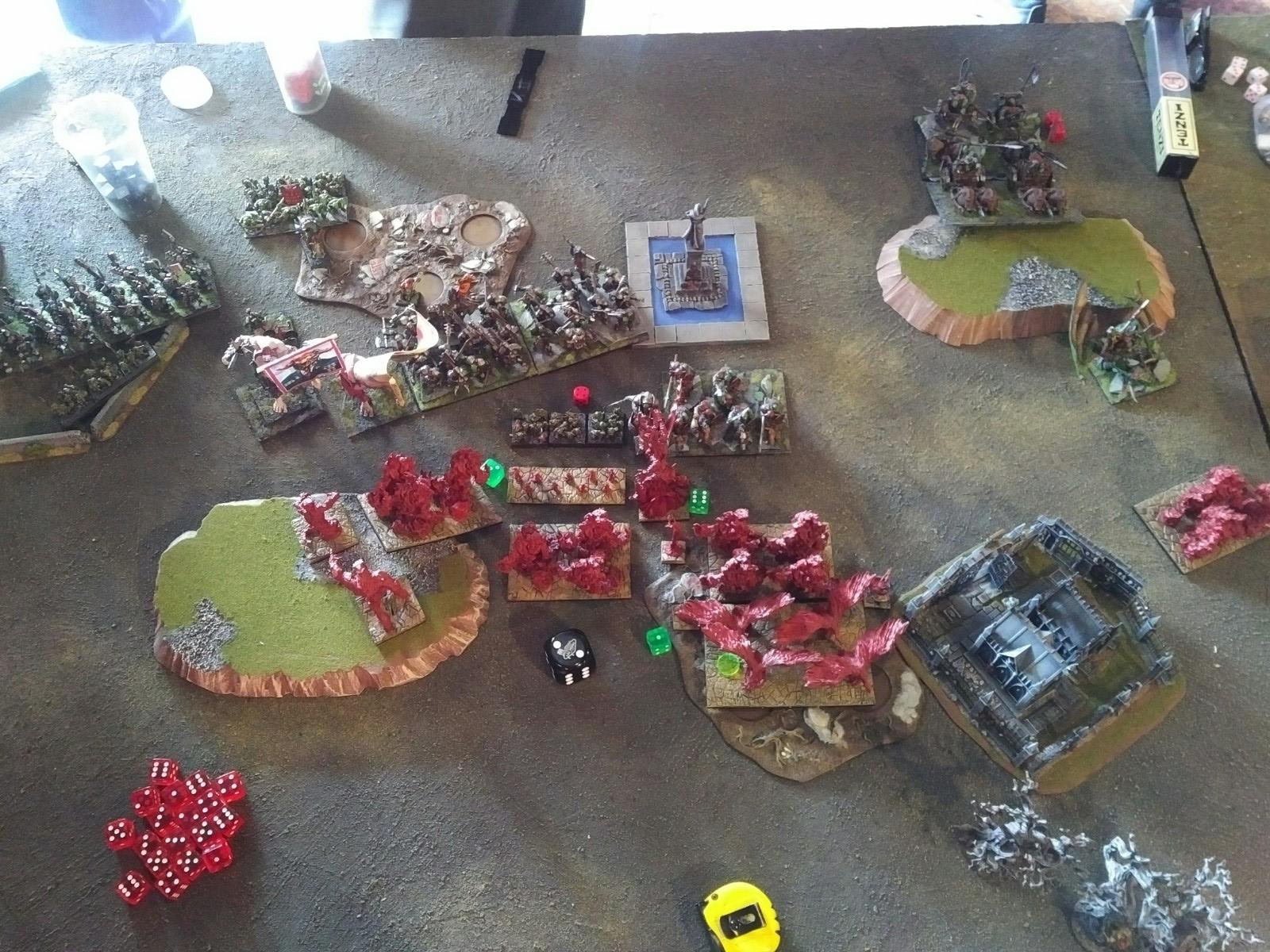 Orcs 2: So much Ember Sprite death; Agnes takes it on the chin (and then gets cleaned up next turn) 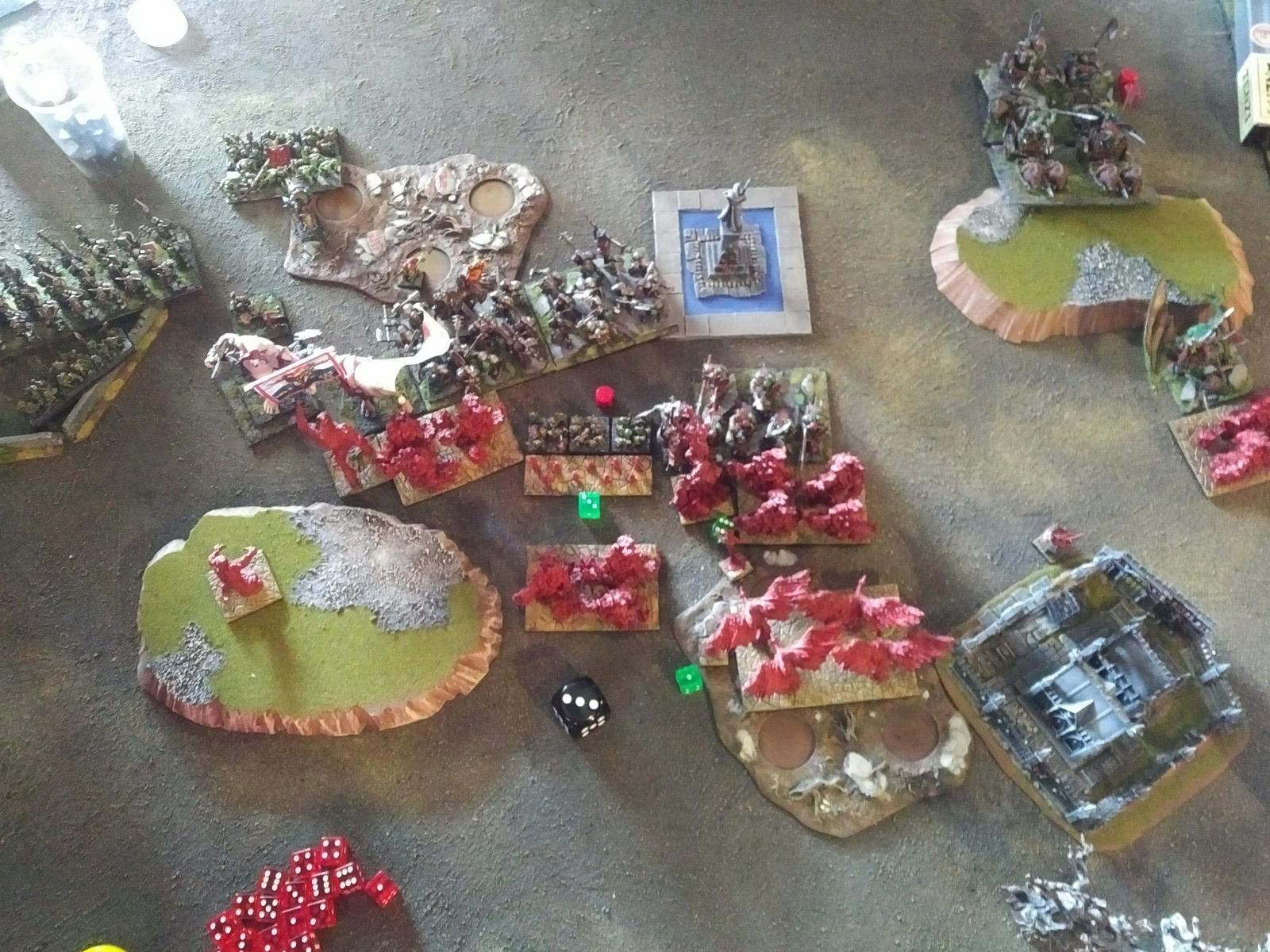 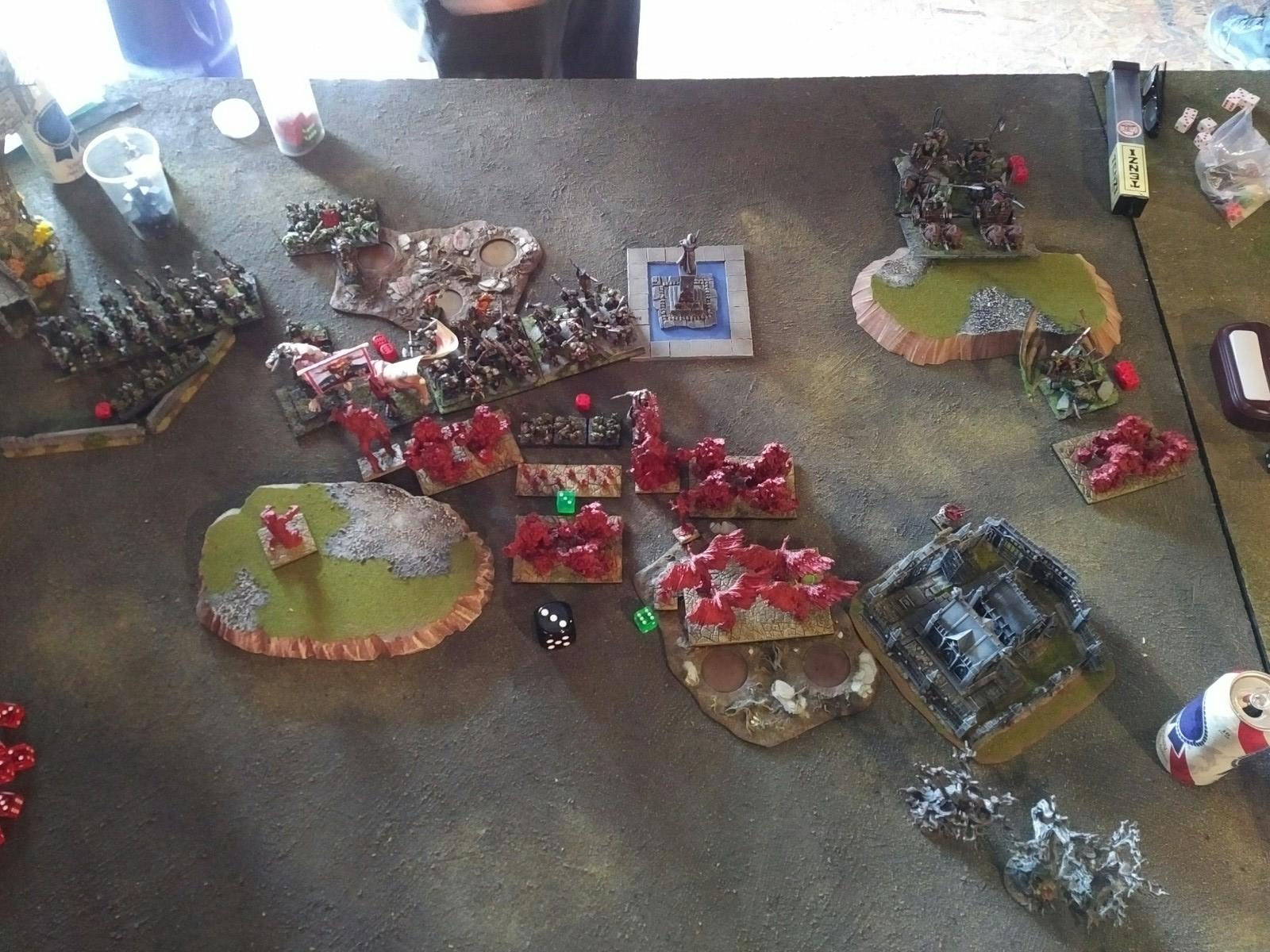 Bloodfire 3: Skull Face over the right took a hiding from those Fire Elementals, like very almost one-shotted him. Chariots have been taking focused fire from the Jarraiders and aren’t doing great 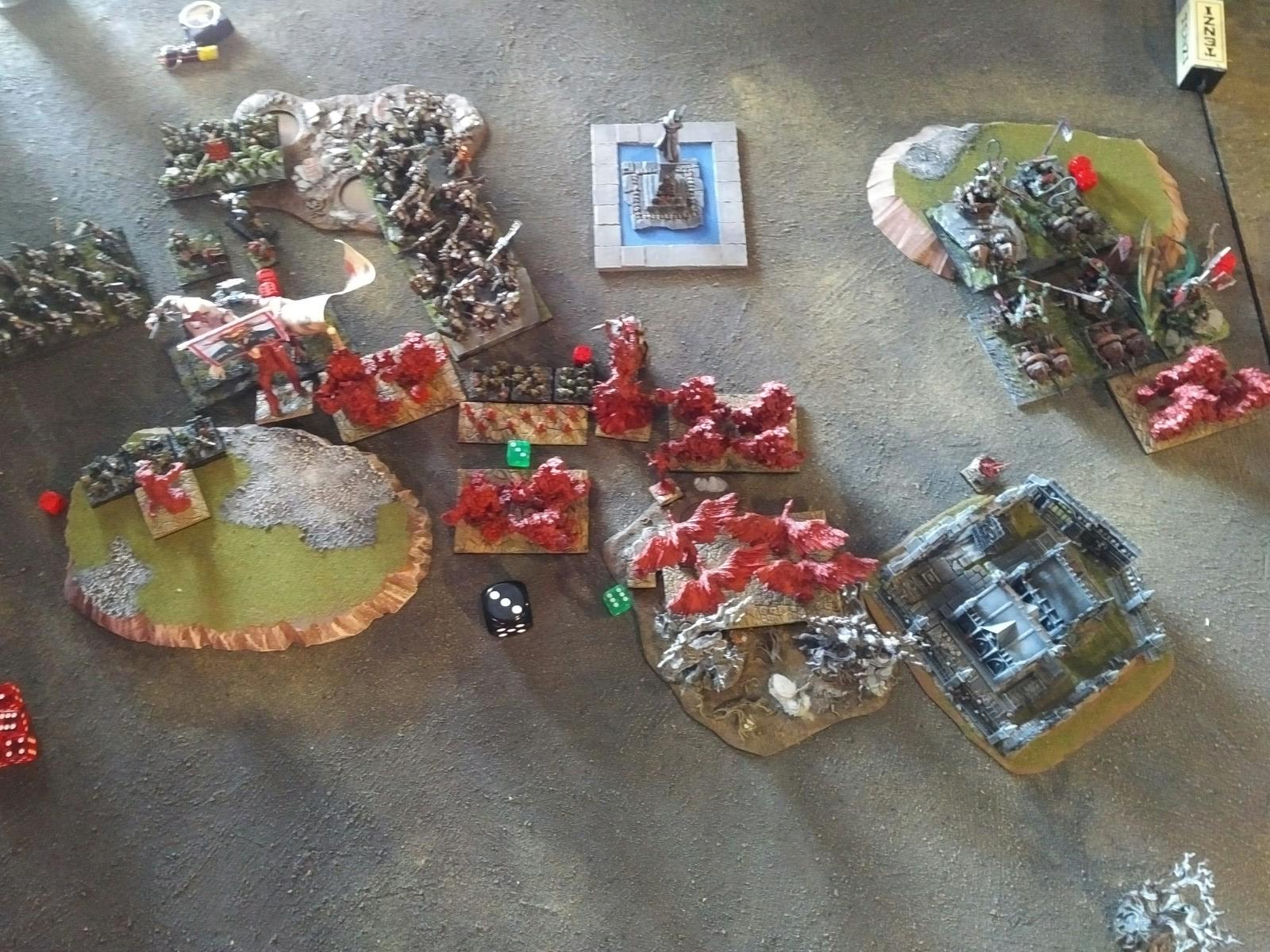 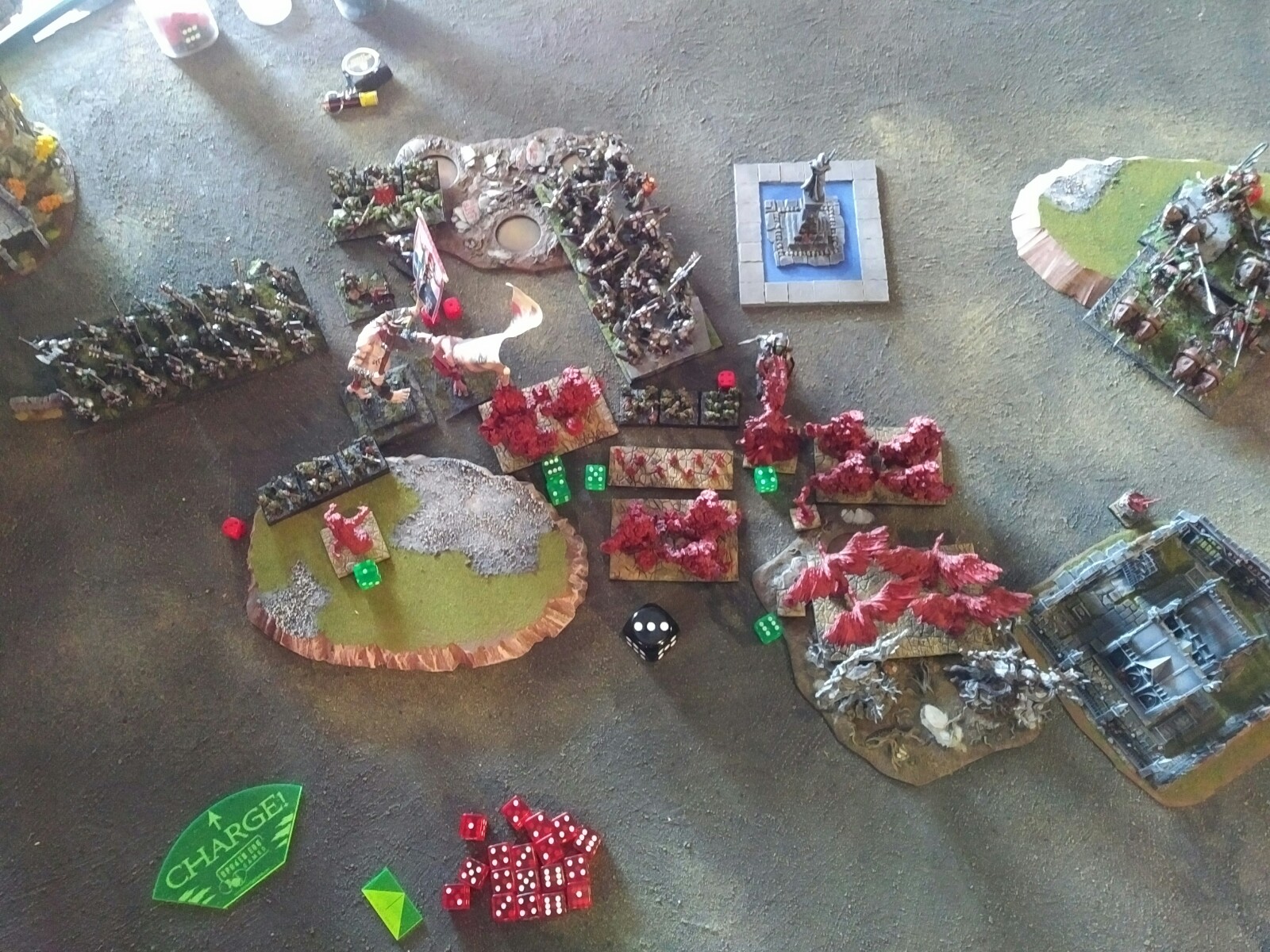 Orcs 3: That hindered flank from the Ax doesn’t work out as planned (I don’t think it was double 1’s either, just horrible dice), but the fast Orc flank is free now … and the CLOFD got one-rounded by a Colossal Giant 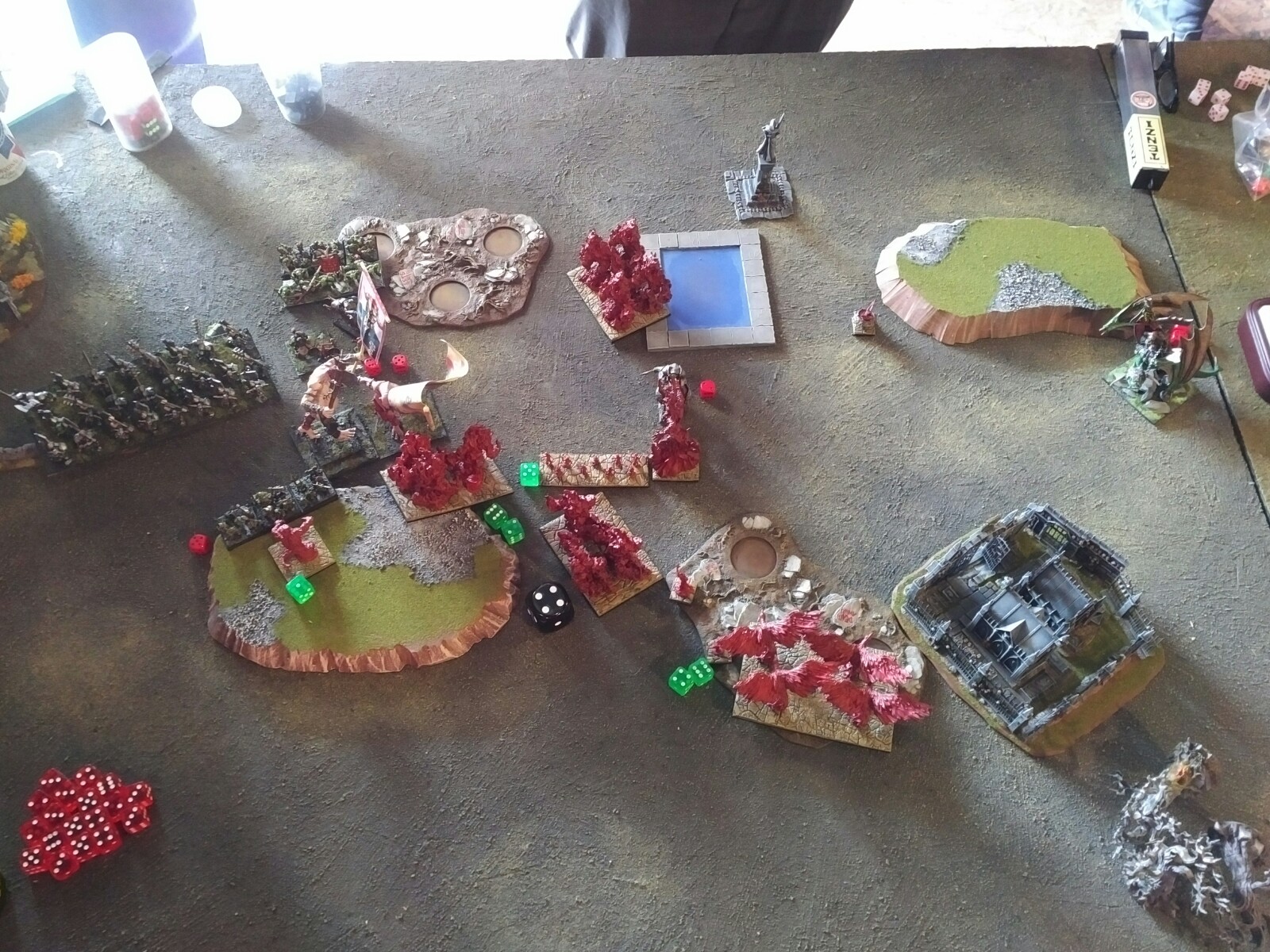 Bloodfire 4: Yep, that’s a rear charge from Fire Elementals into that Ax horde ;D Bad times, also the Chariots are finished off by the Jarraider lords of dakka 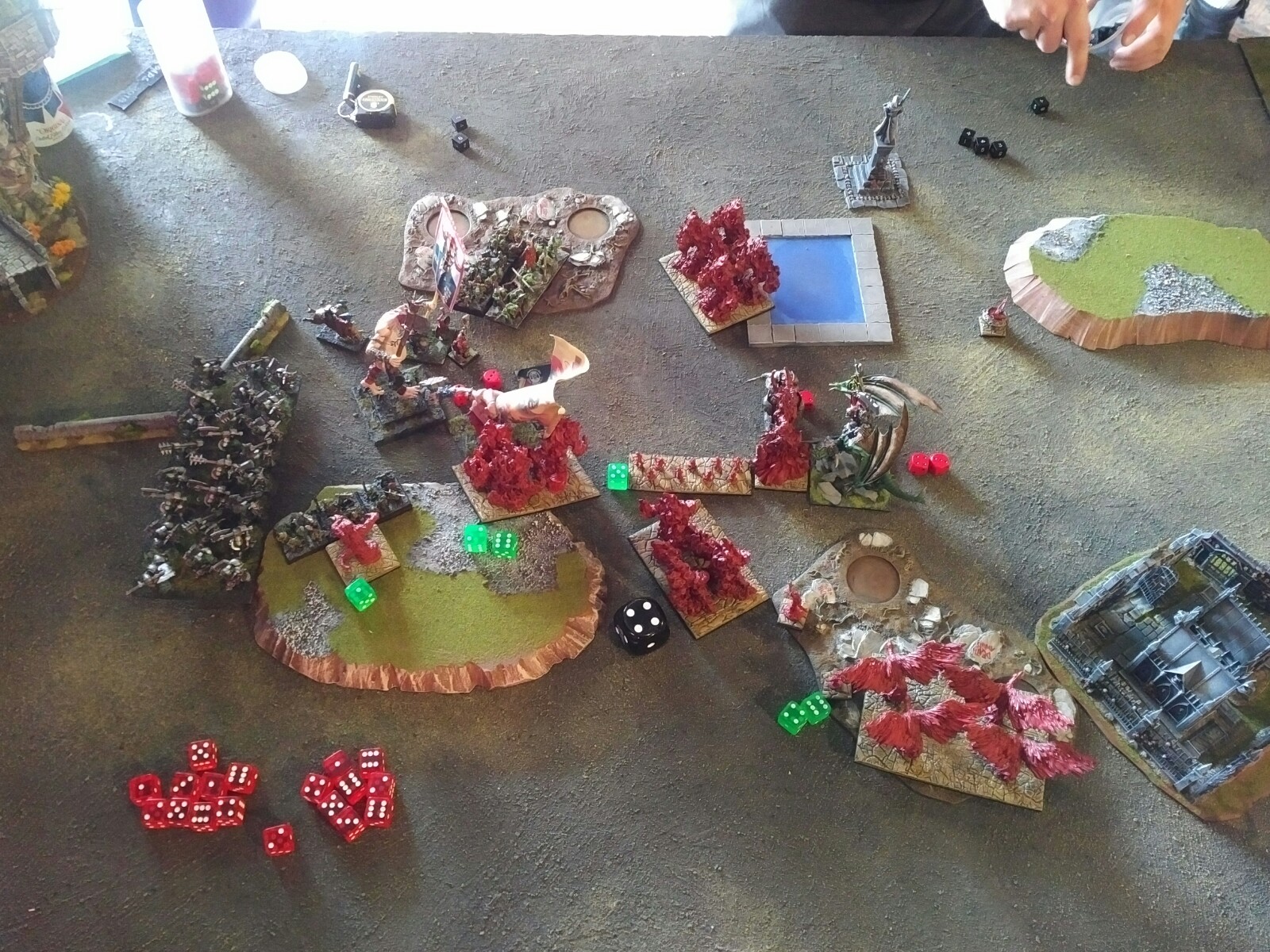 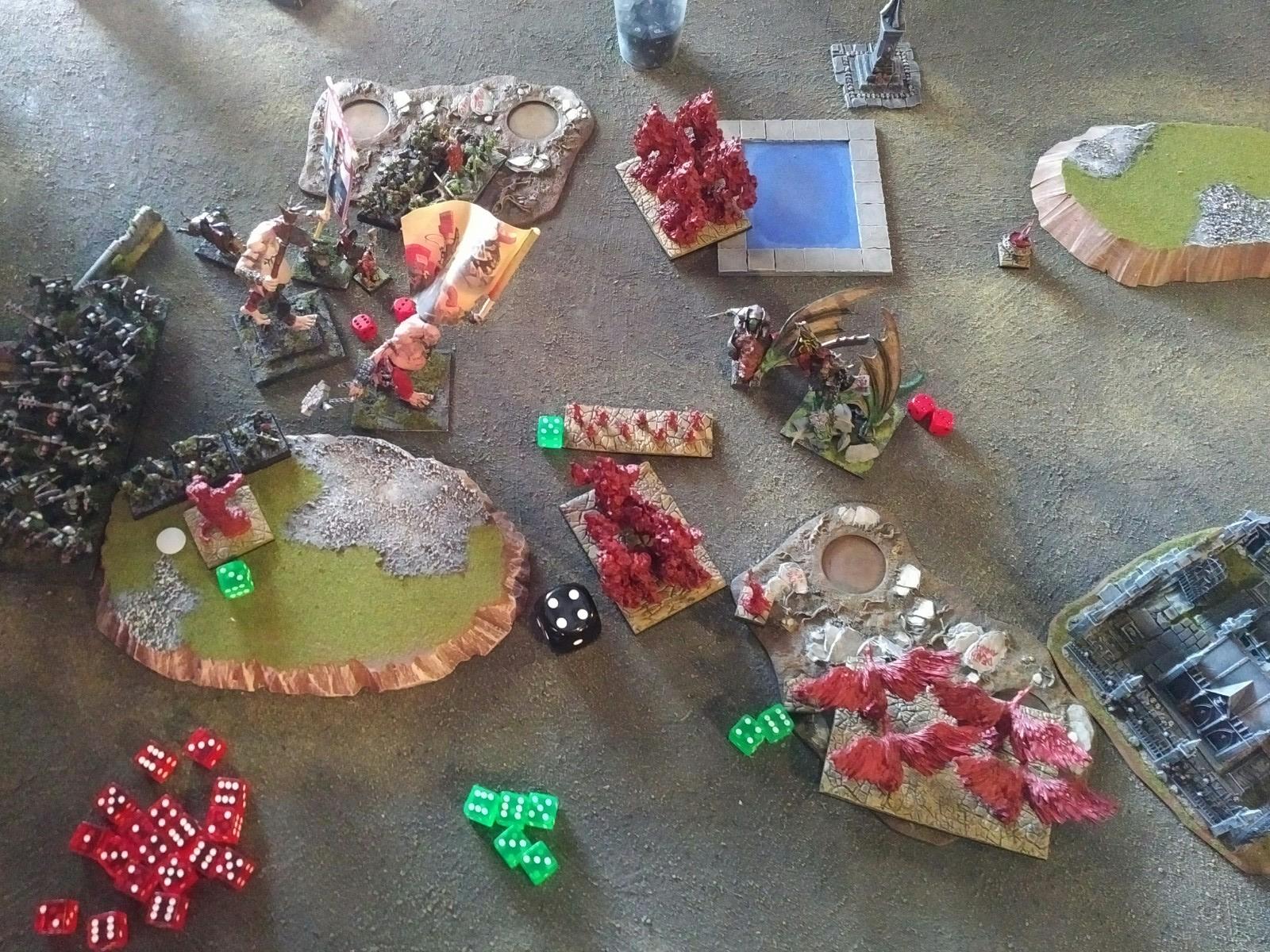 Orcs 4: Even at zero damage, she can’t whether that brutality and folds; the Colossal Giant that a Fire horde has been fighting all game finally finishes them off 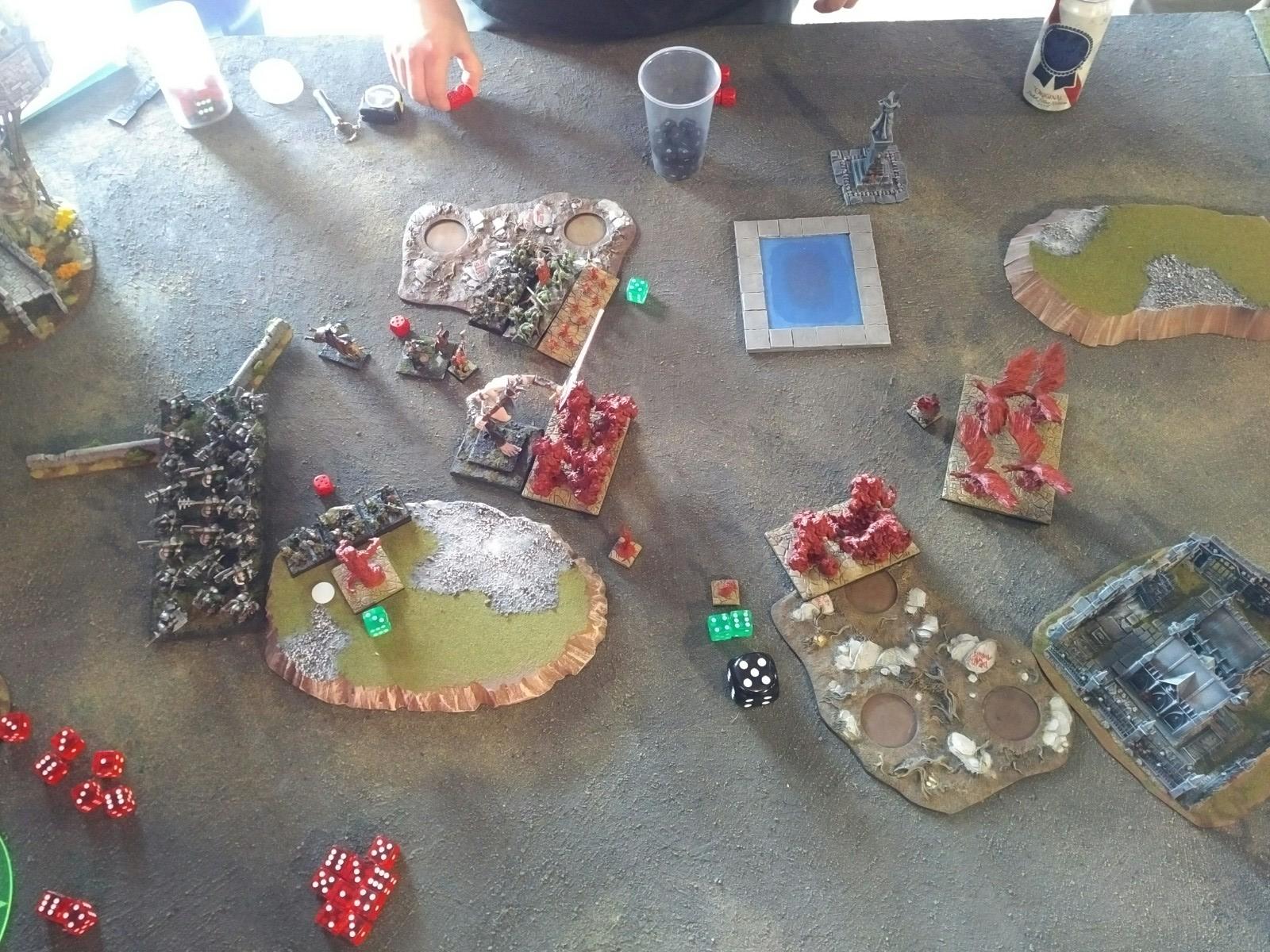 Bloodfire 5: Fire Elementals kill the wounded Giant and the mounted Krudger, Jarraiders flank Skull Face and drop him as well 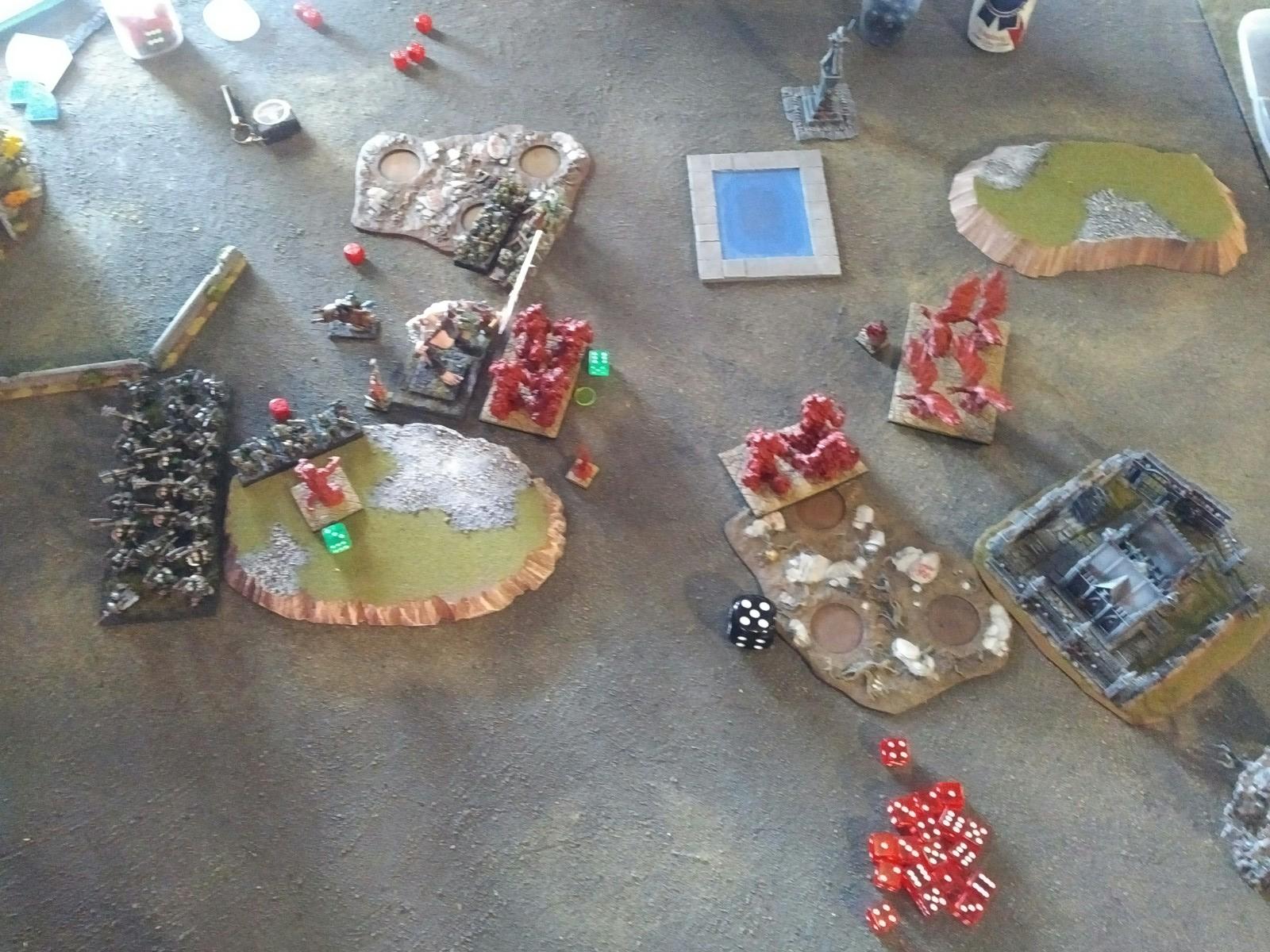 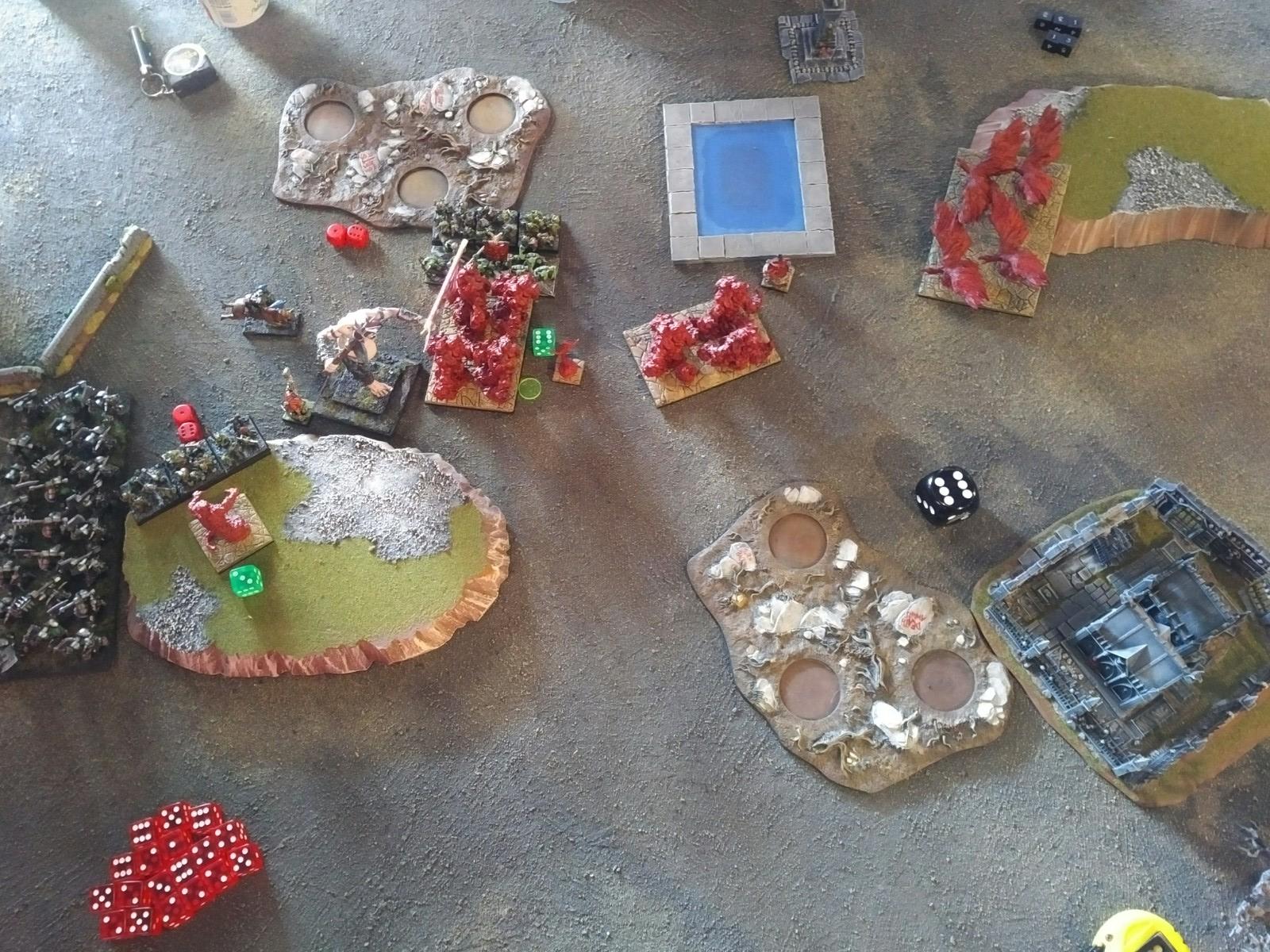 Bloodfire 6: Hordes push north of the line, Fire Elementals swing at the fresh Colossal because damages

Orcs 6: Wip’s Playmates have a go at the Fire horde as the Colossal sidesteps for the enemy half

After some finagling and measuring stuff, this ended up a …

Great violent game to start the tournament. Learned that Jarraiders are pretty awesome, didn’t learn a lot about Lekelidons tho since mine just fought Orclings for 5 turns -_-