Woooo keeping up that reporting momentum! Here’s the next one: 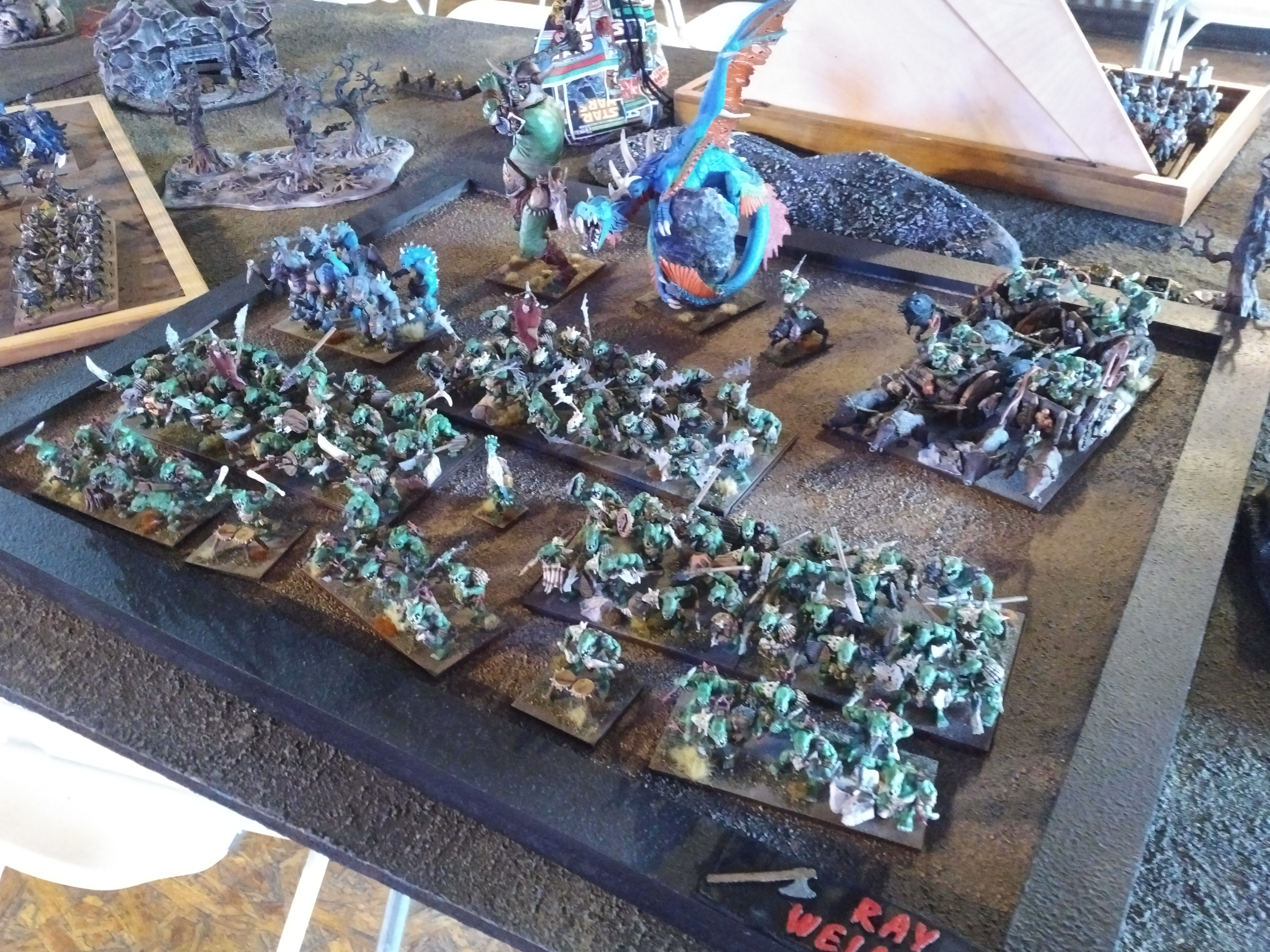 Second game of Orc Town, and it’s Orcs again! I was pretty thrilled to be keeping it green, and against another great guy and sweet army – his was actually my favorite army, really awesome presence and I love the Shieldwolf orcs + Mierce monsters he used. The second round was Loot or a variant thereof, Bloodfire took the lead again.

Round 2 we played on Da Bone Yahd table. 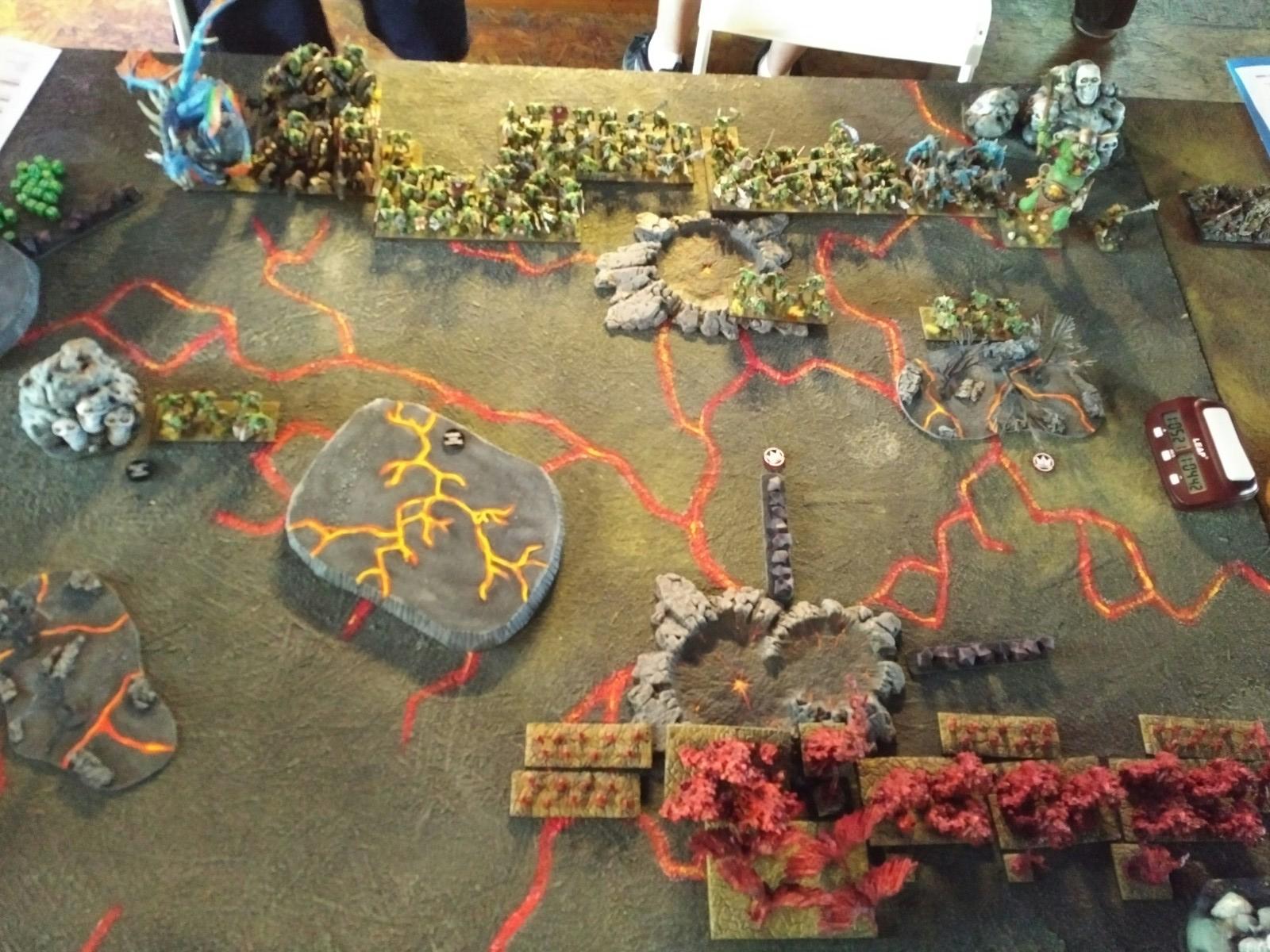 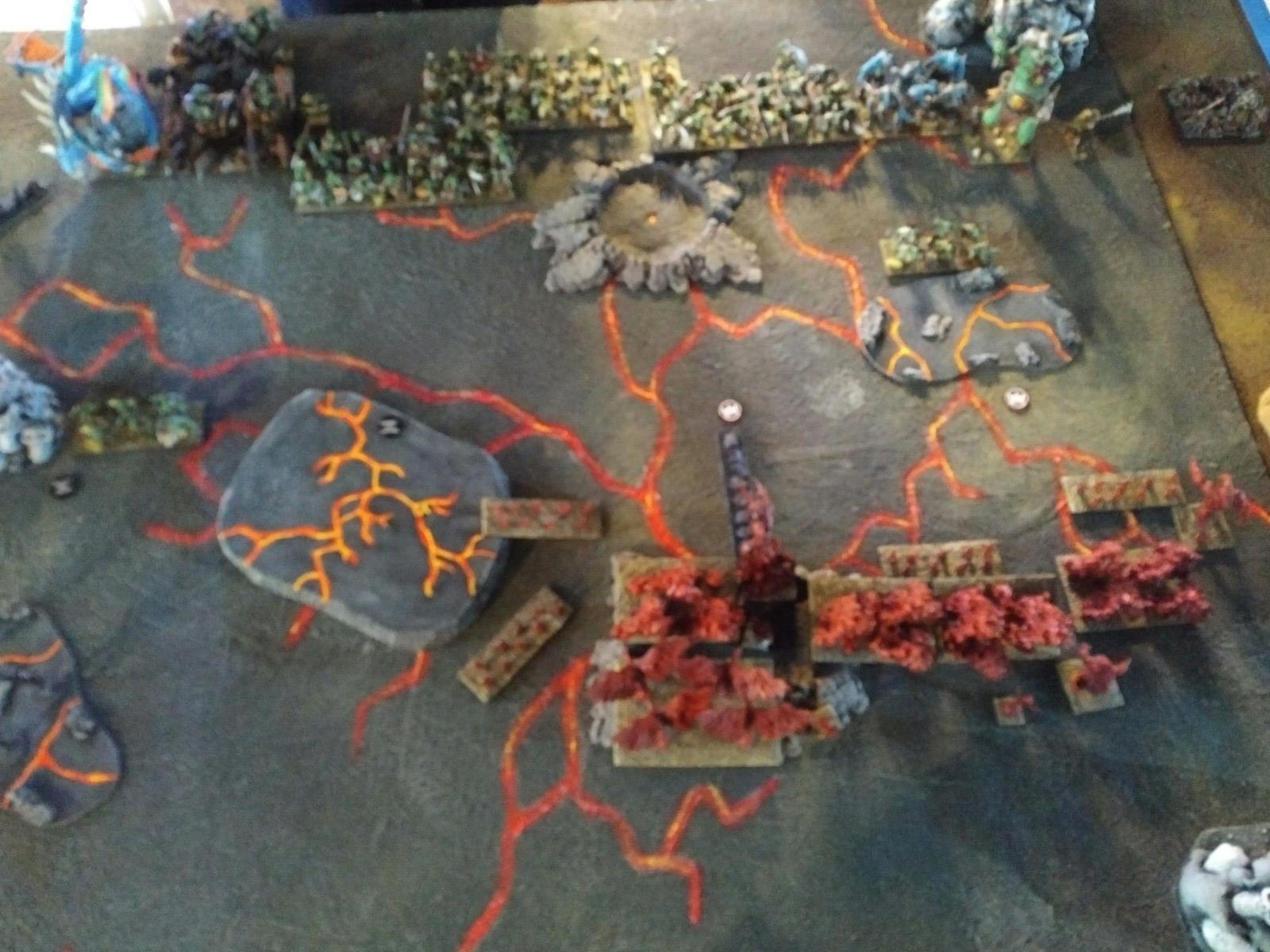 Bloodfire 1: Central Skulks get cooked for vanguarding too far forward 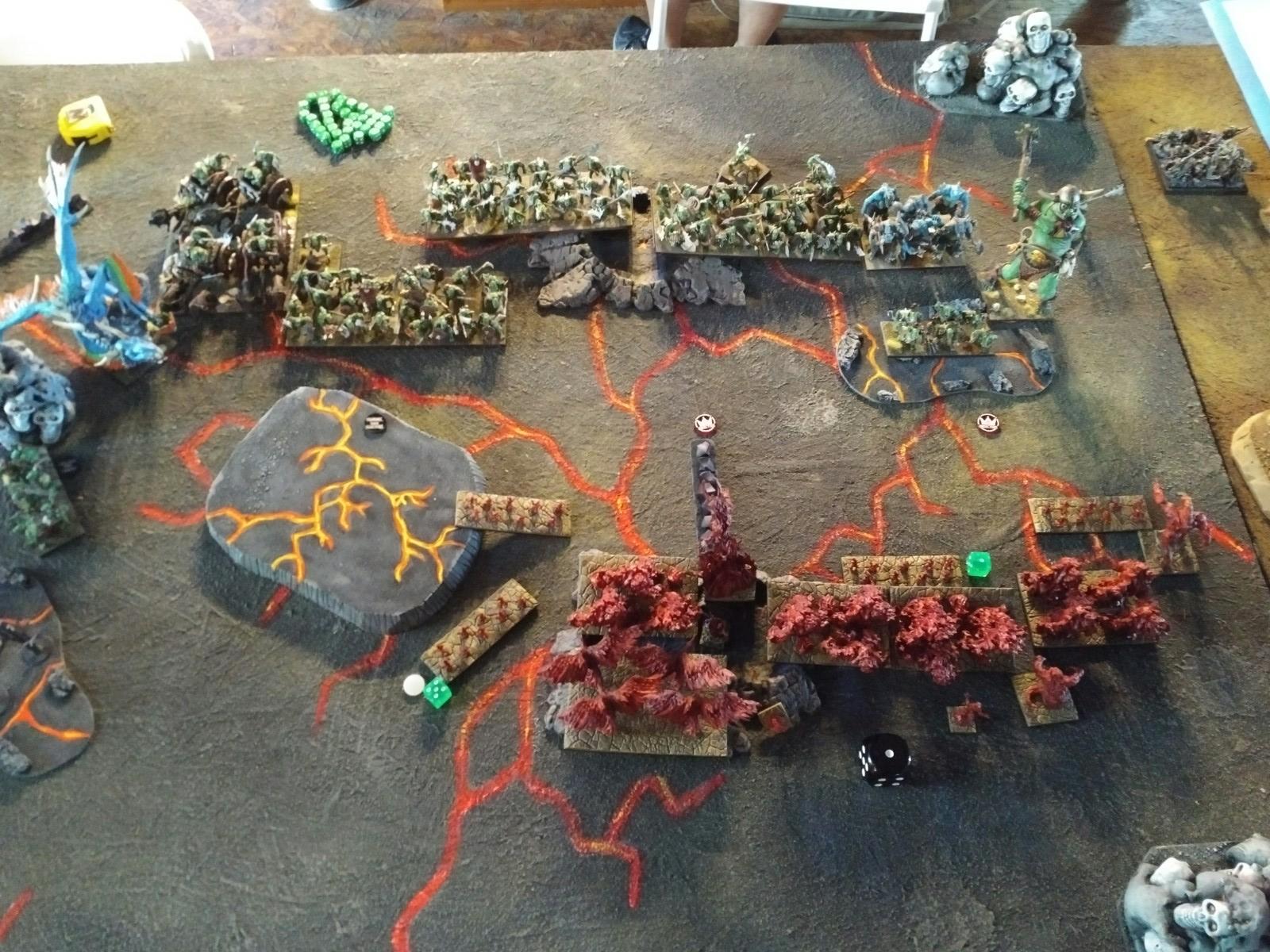 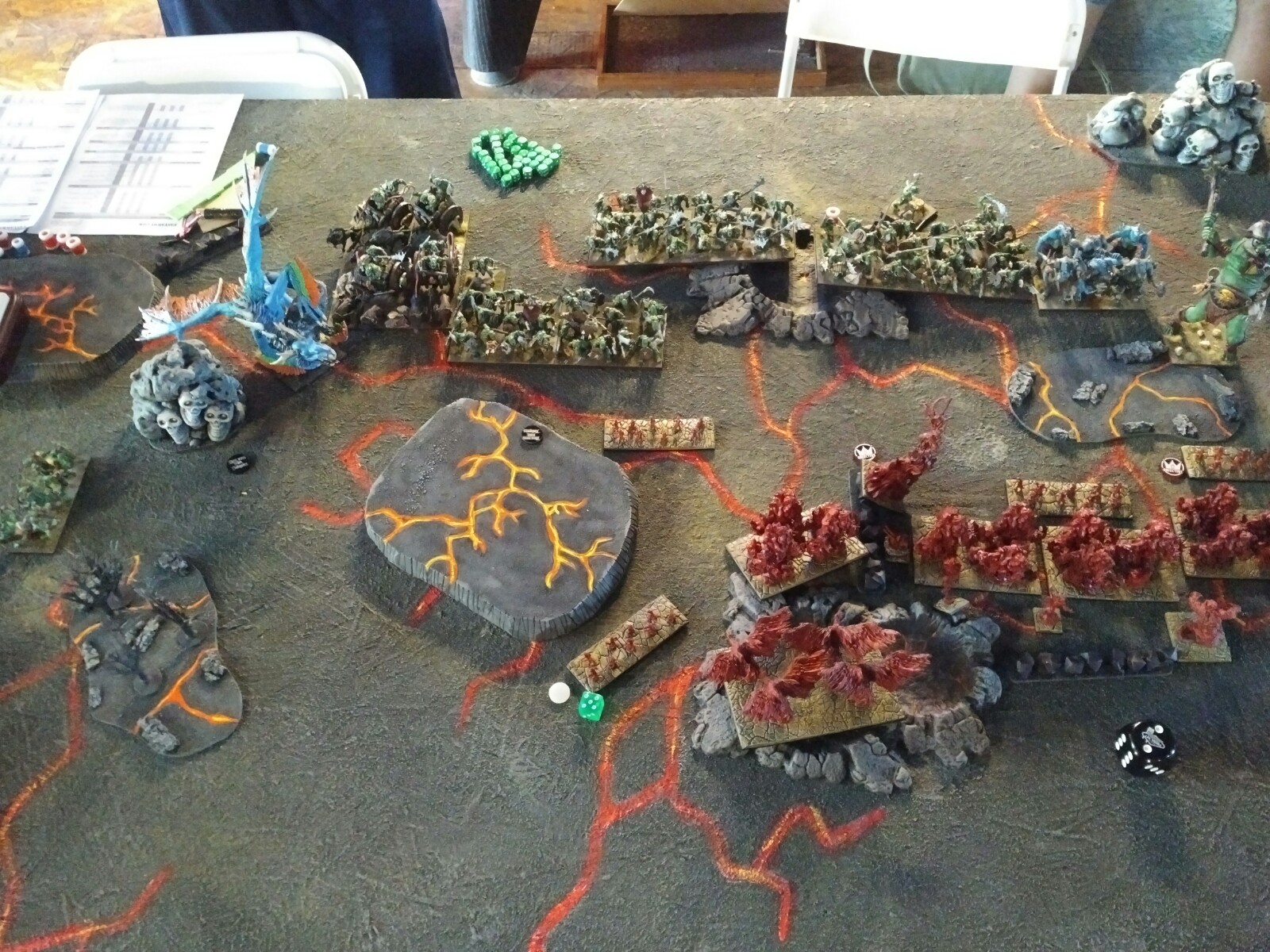 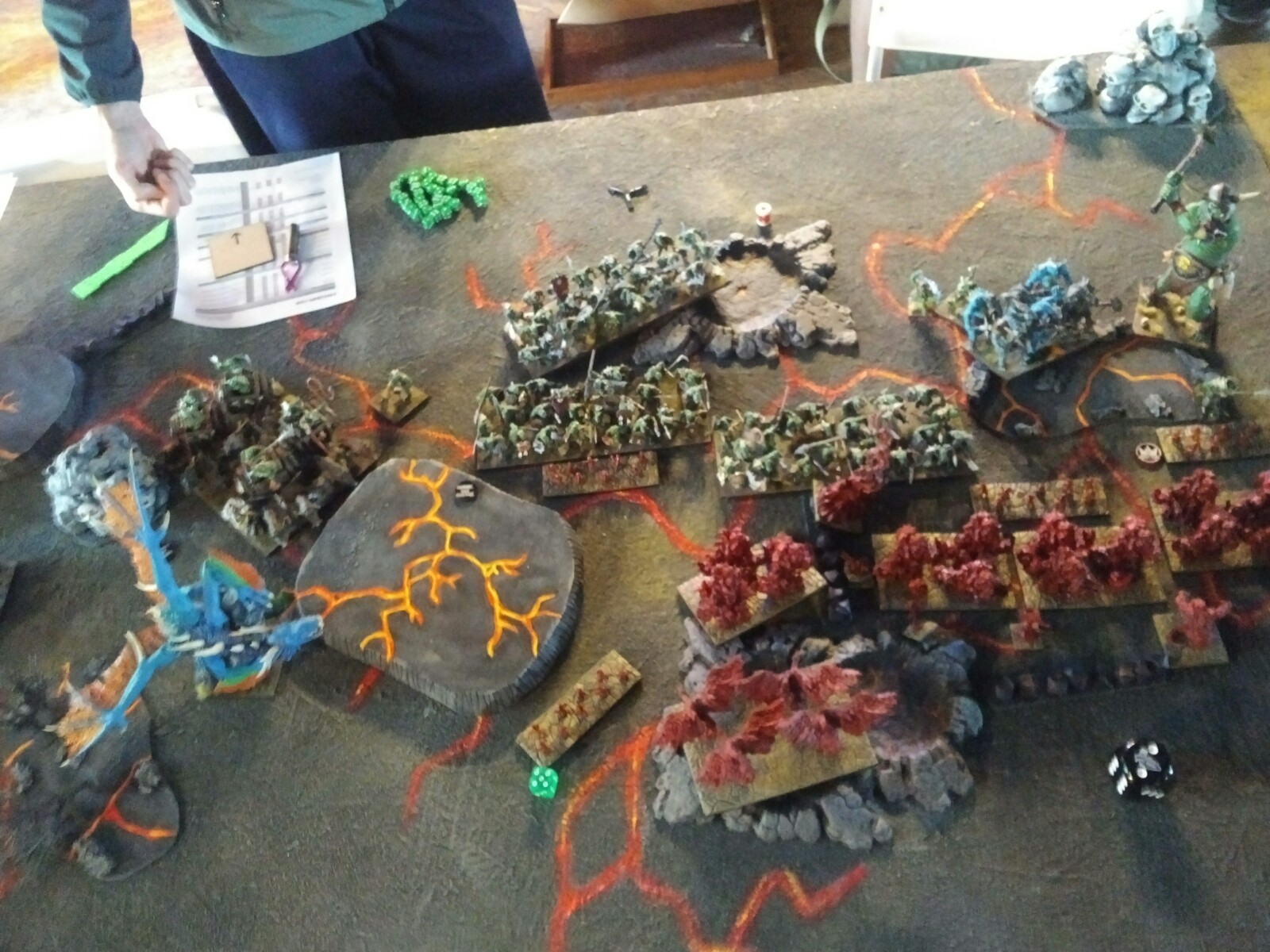 Orcs 2: Sprites get jumped, Agnes takes a horde on the chin 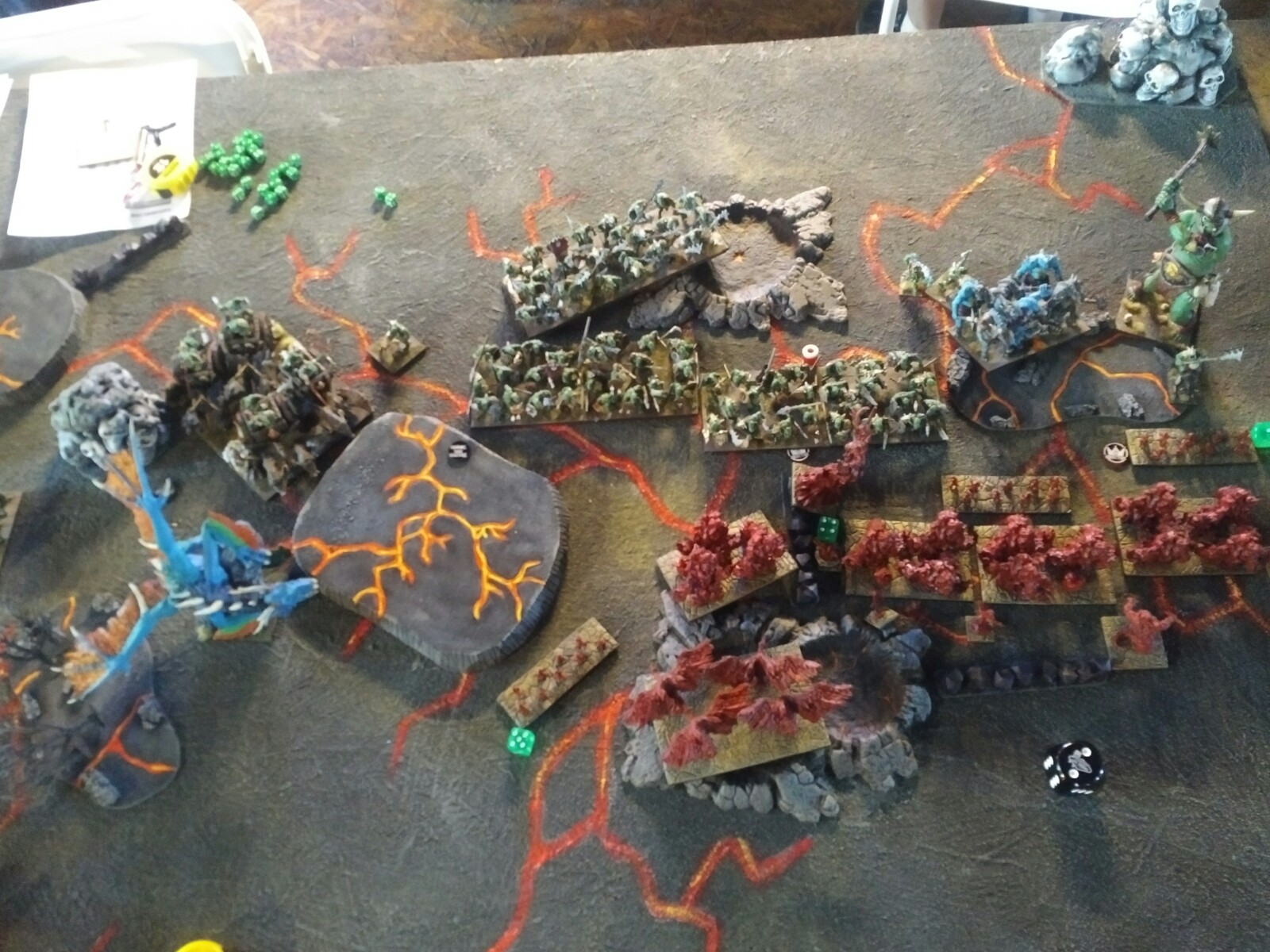 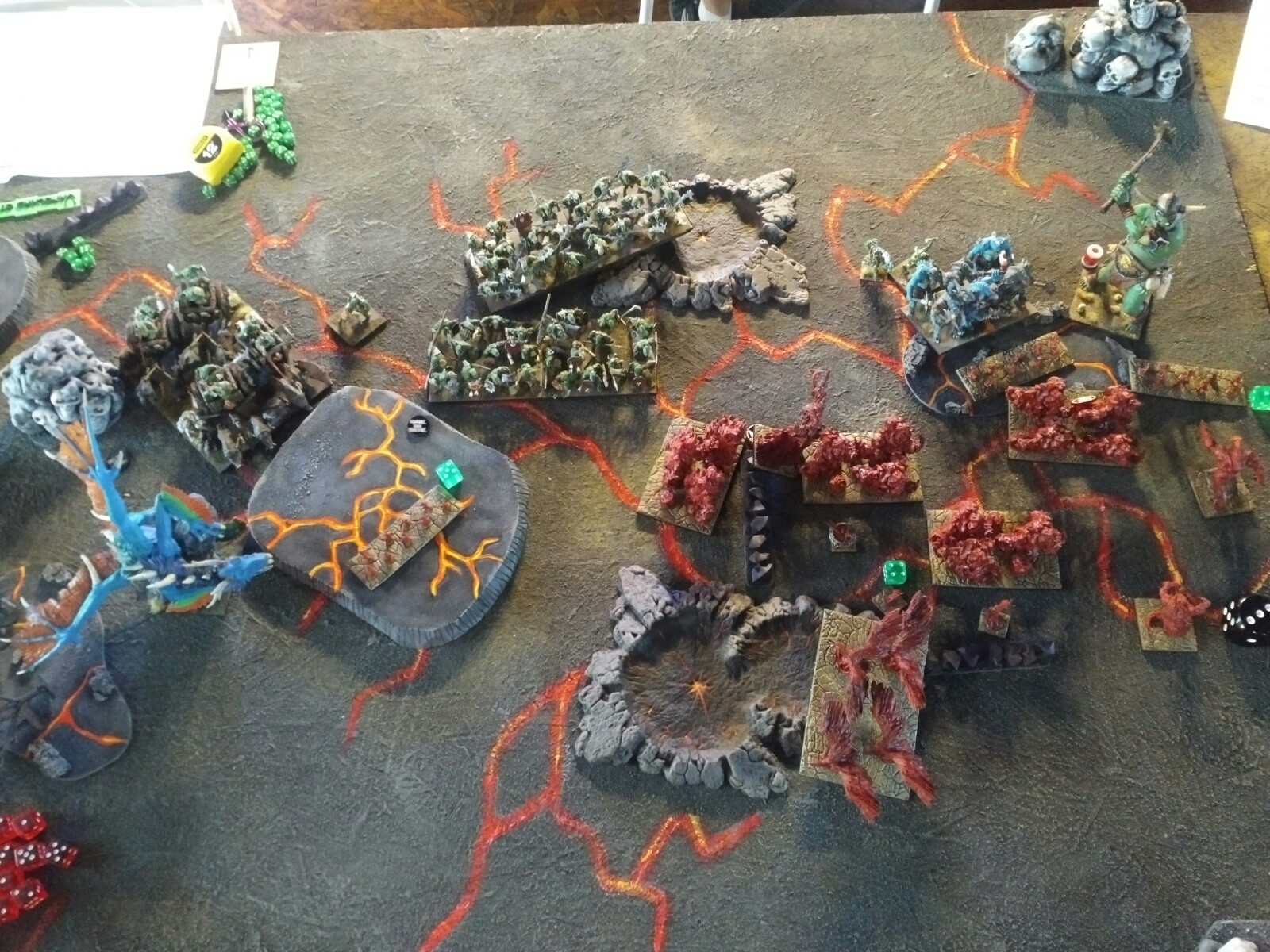 Bloodfire 3: Triple charge on the central horde evaporates it; to the right, the Krusher gets punched by Fire Elementals while Sprites gum up everything and the Colossal Giant takes significant breath damage; Jarraiders continue to put 100% of their fire into the Ancient Slasher 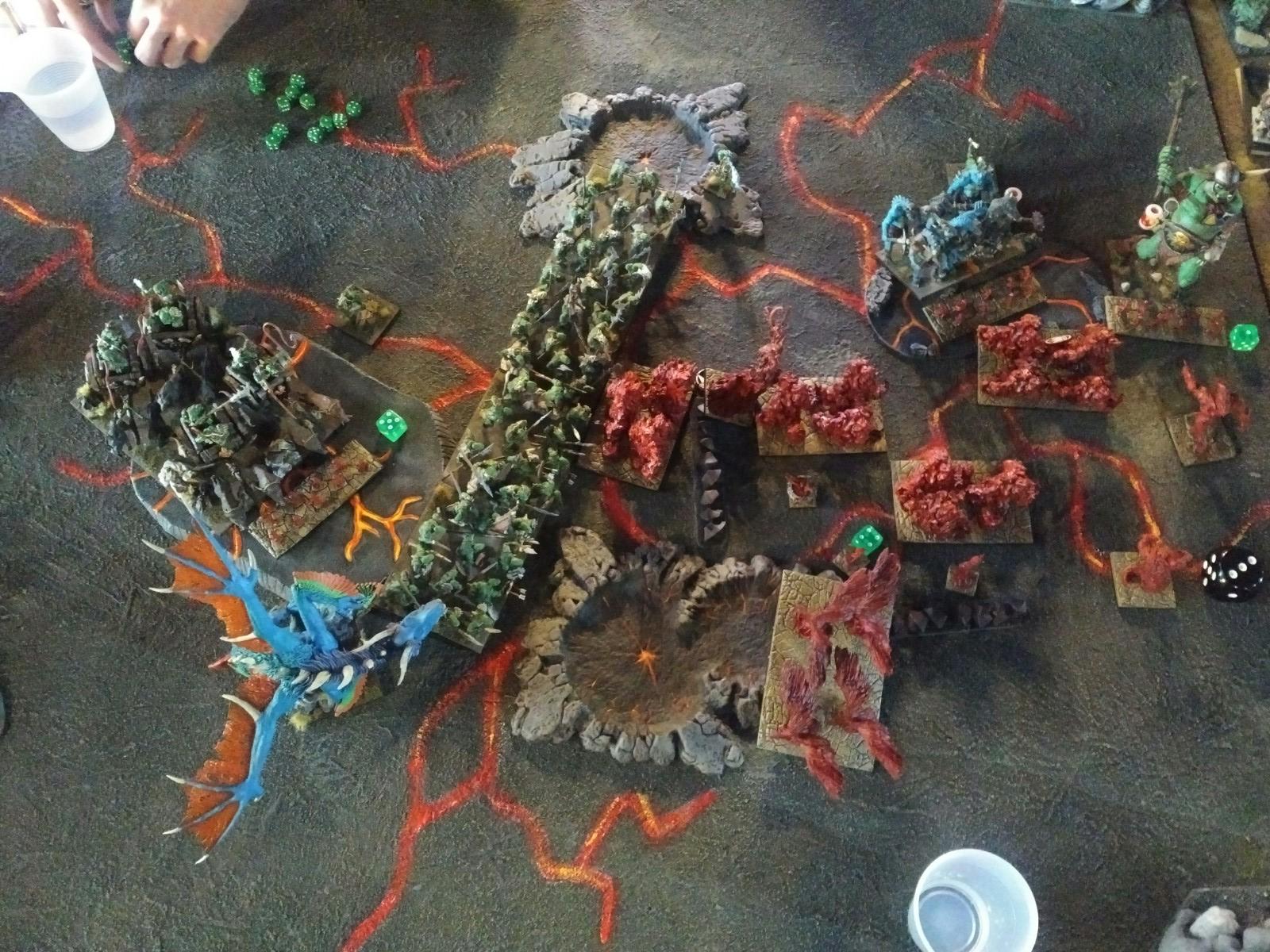 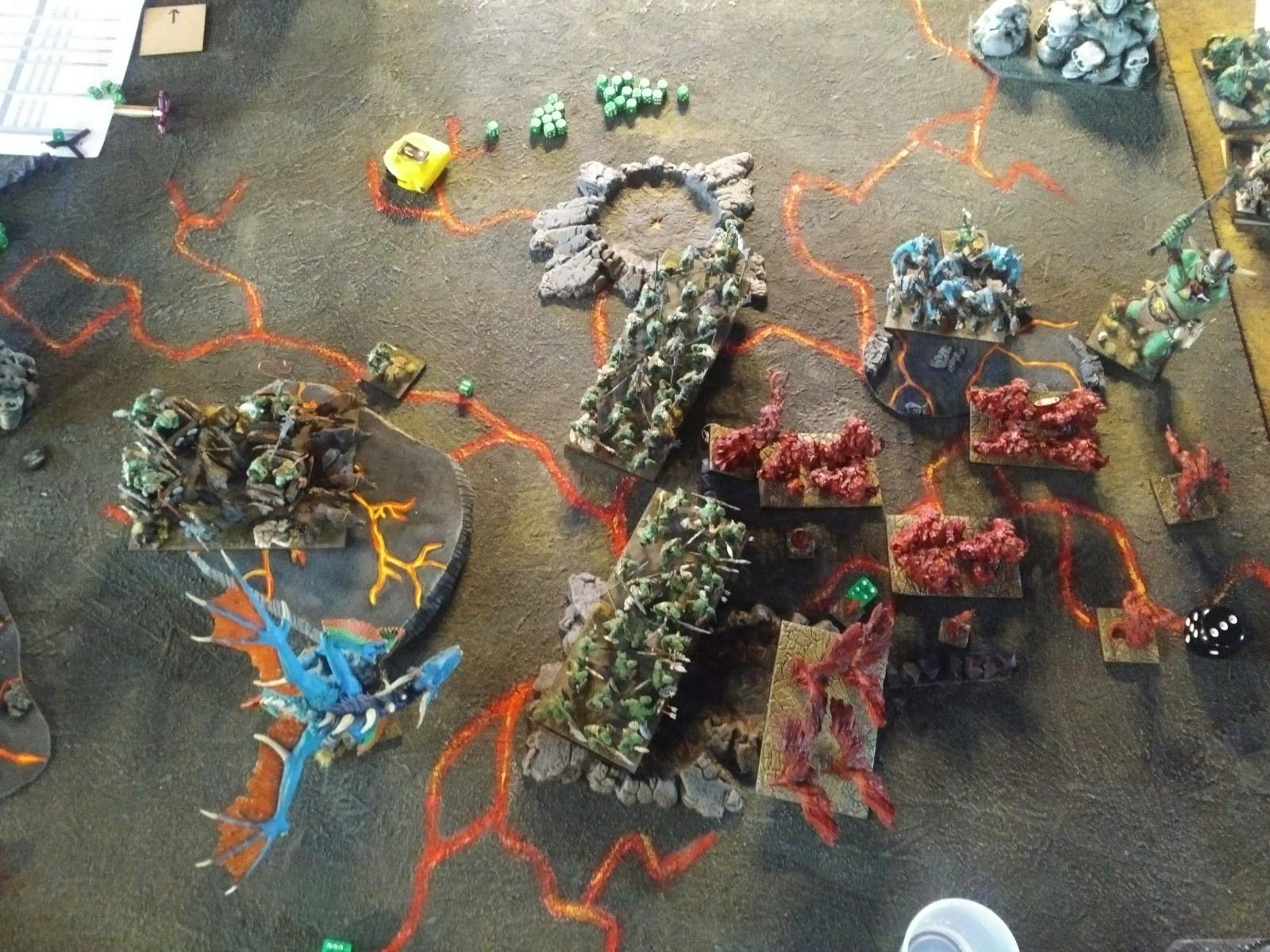 Orcs 3: All Sprites die, as do those Fire Elementals 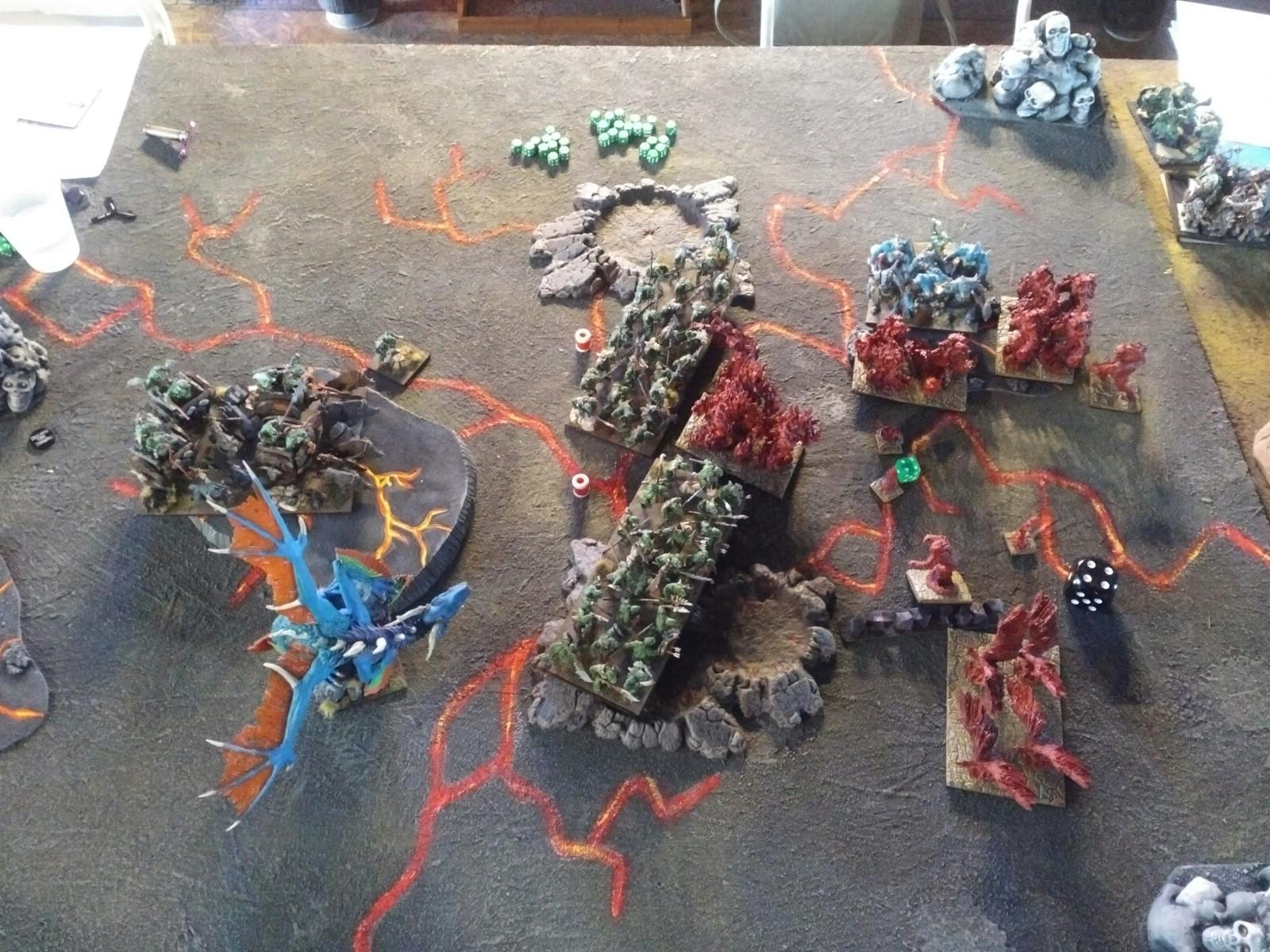 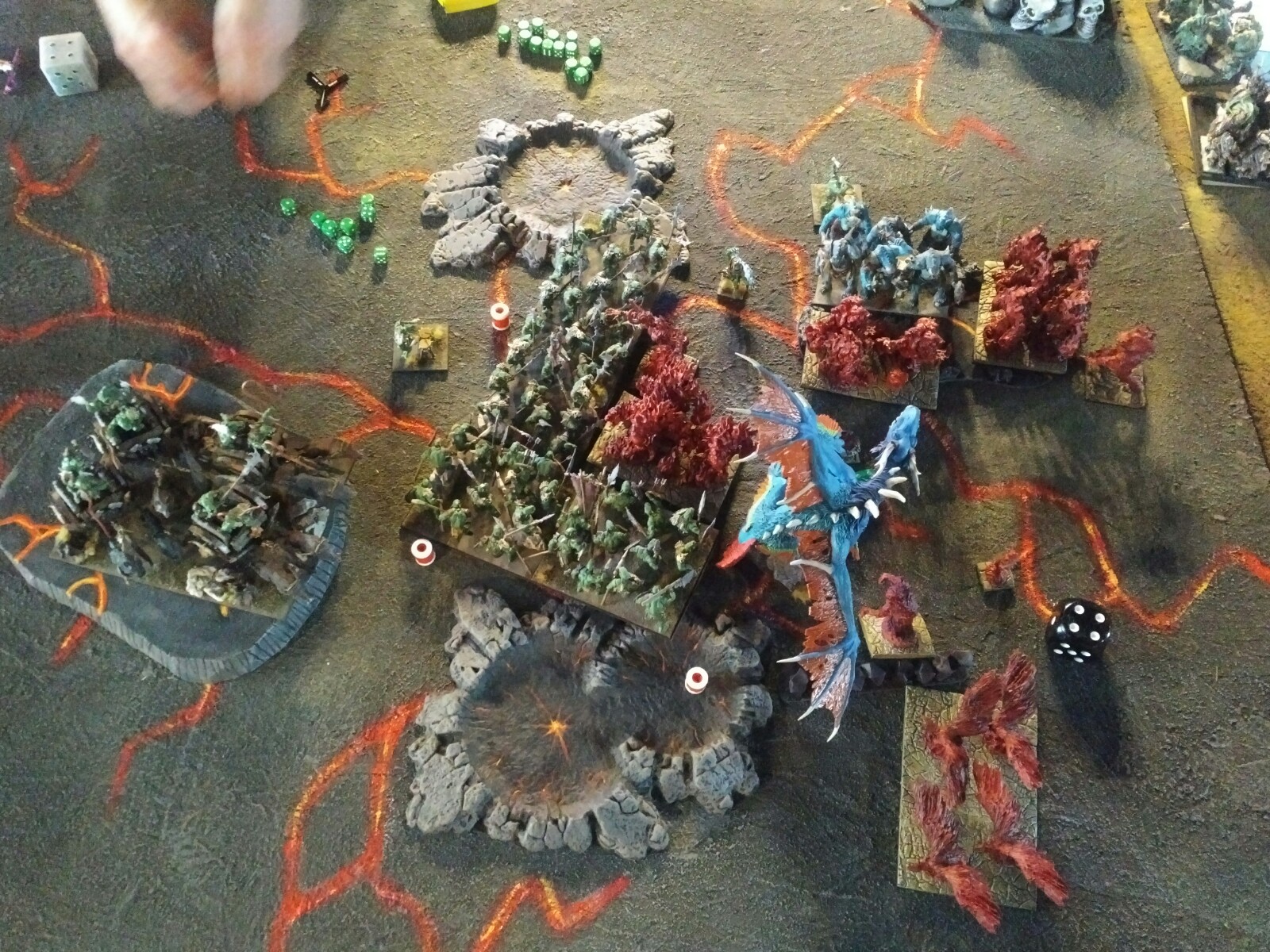 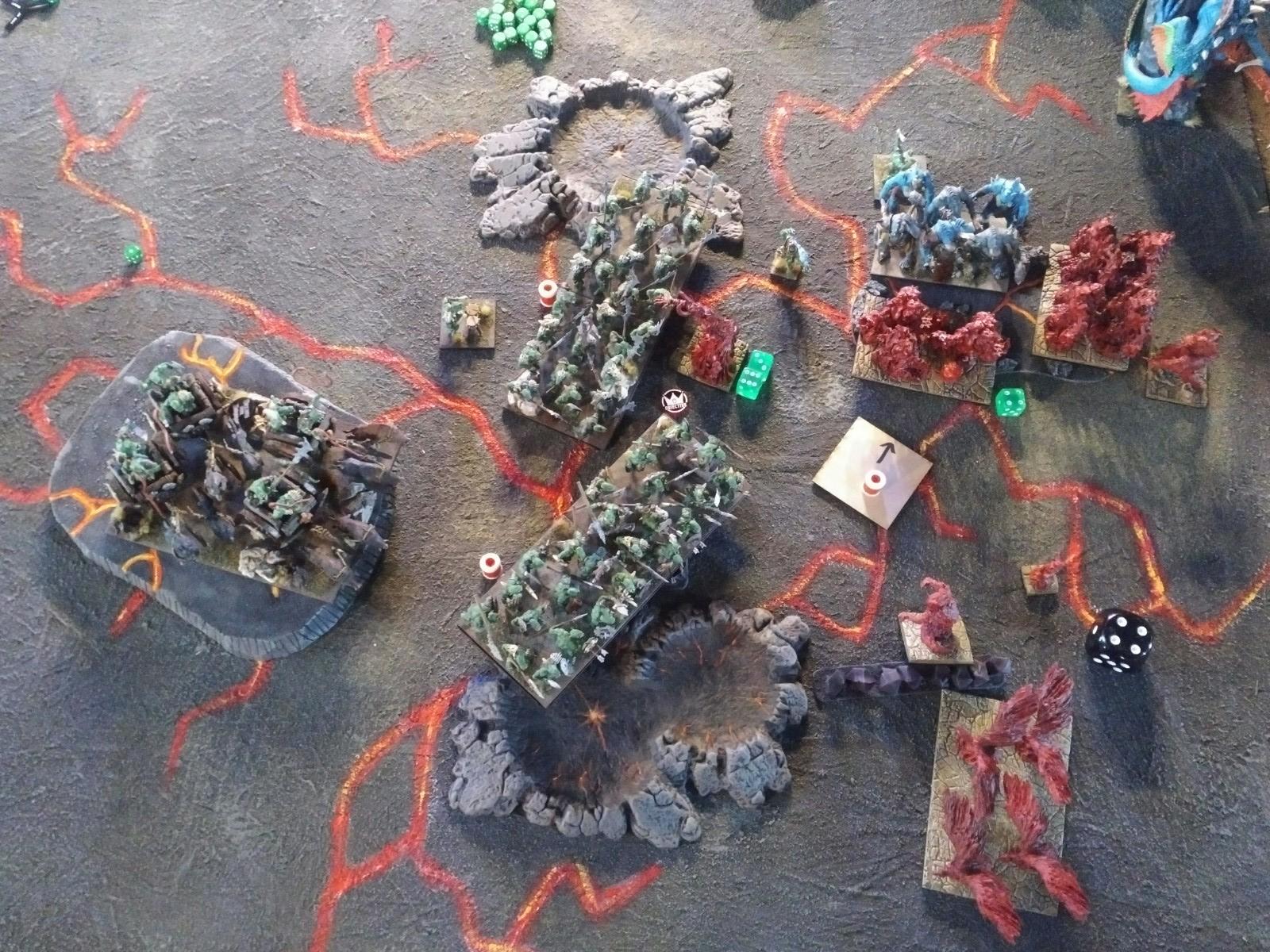 Orcs 4: Amazingly, the Ancient Slasher doesn’t swing the game, thanks to a 2” second overrun instead of 3” – still a terrible turn of events (and something I line up once every tournament) but I haven’t lost all my momentum (and my mind), just critical support staff 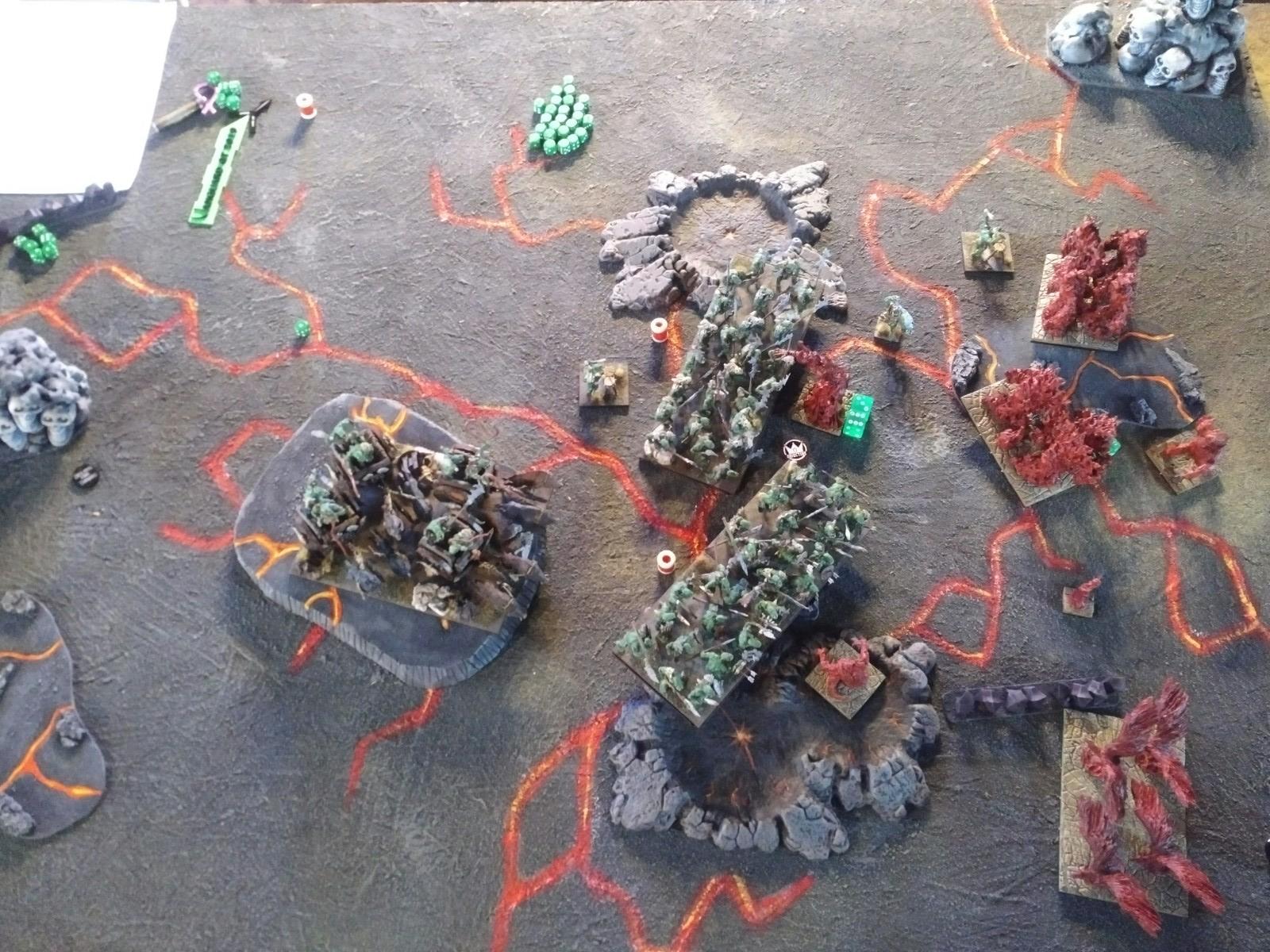 Bloodfire 5: Agnes tanks one more turn, but without healing she’s going down; the Lekelidon stalls the other horde, the Trolls get flanked and die, and the Ancient Slasher gest shot a lot, then surge-charged and murdered 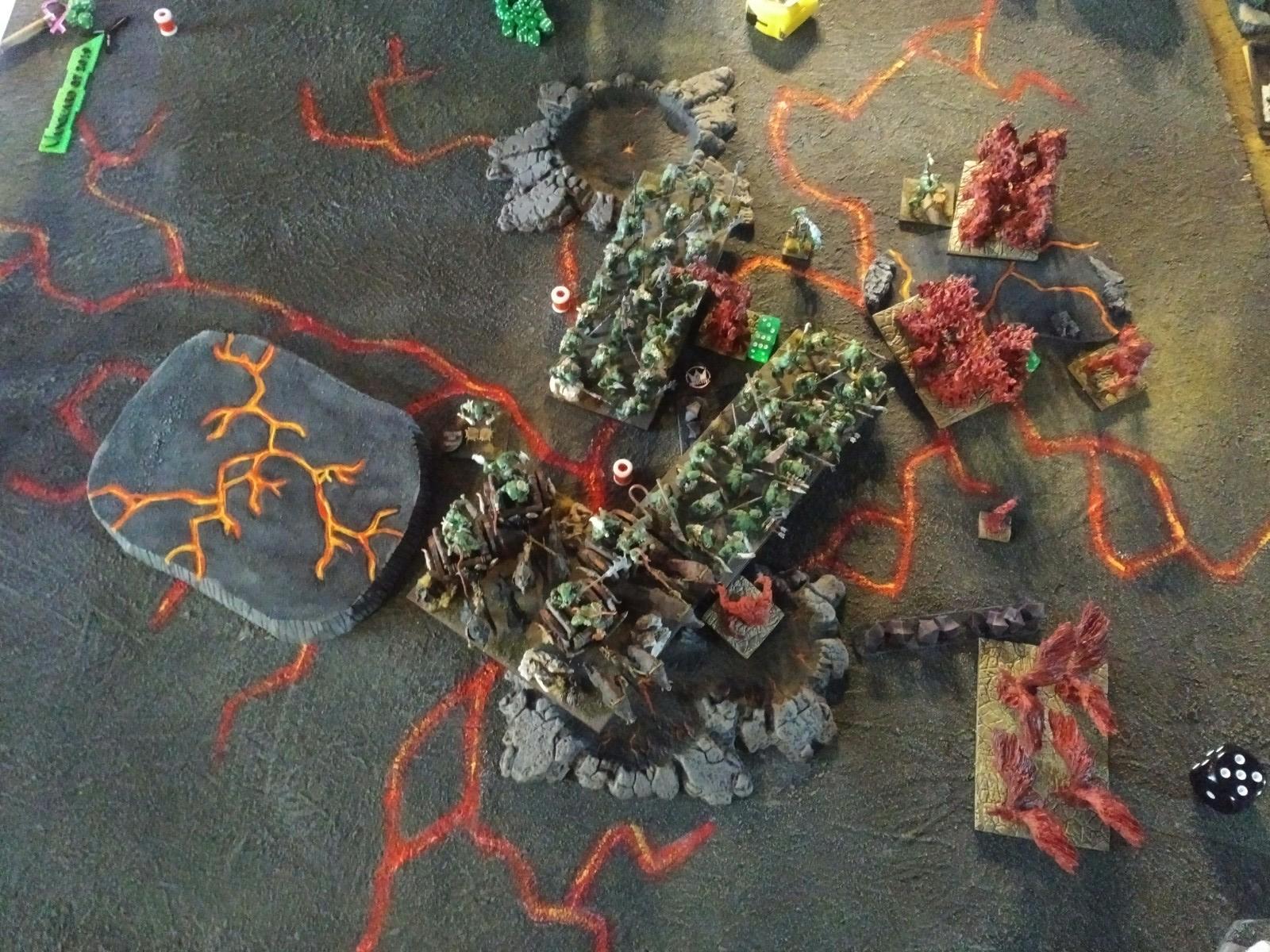 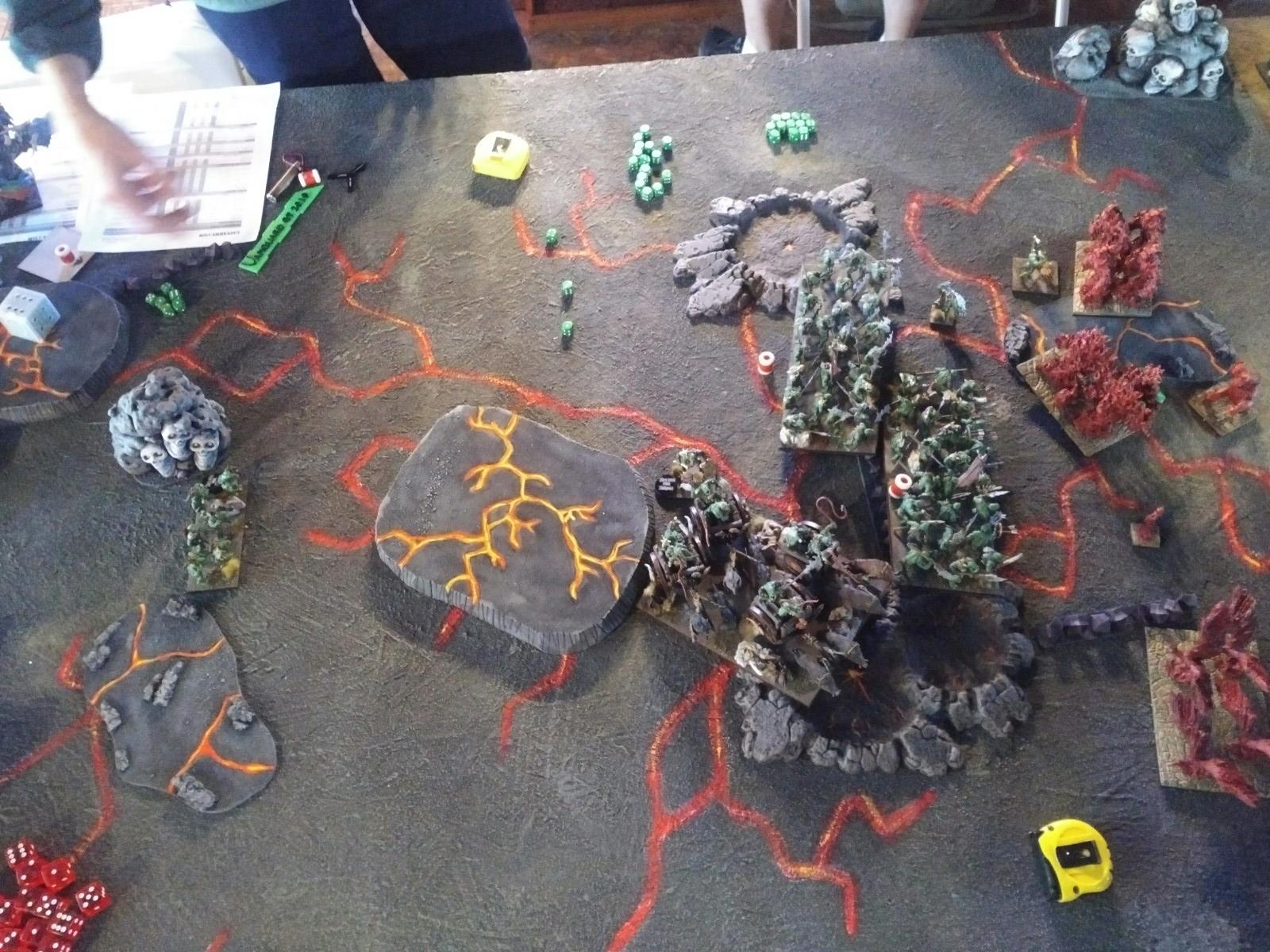 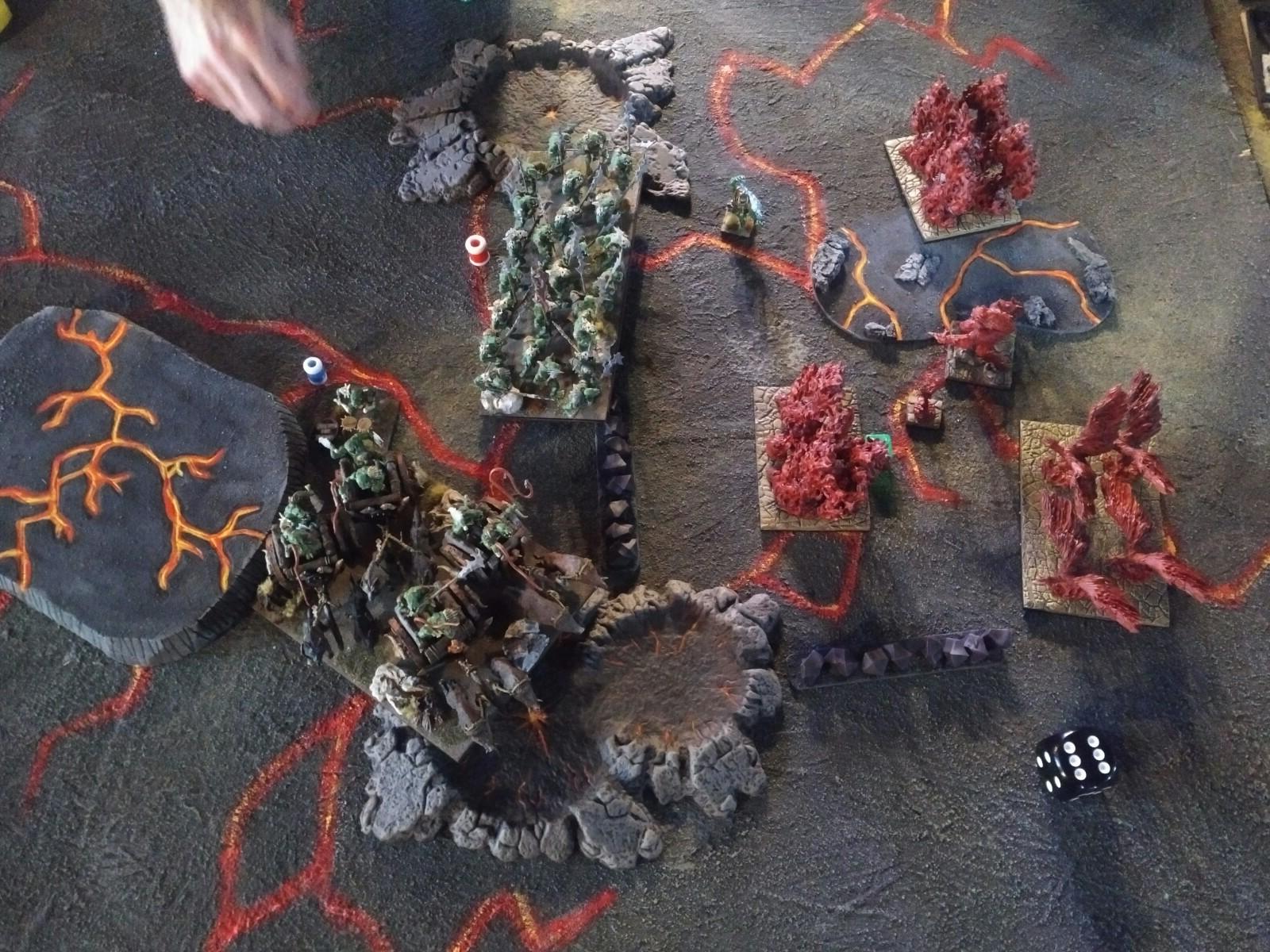 Bloodfire 6: One Orc horde is killed by Fire Elementals, the other is wavered from all the shooting (it couldn’t be charged by the other Fire horde because of the blocking War Drum) 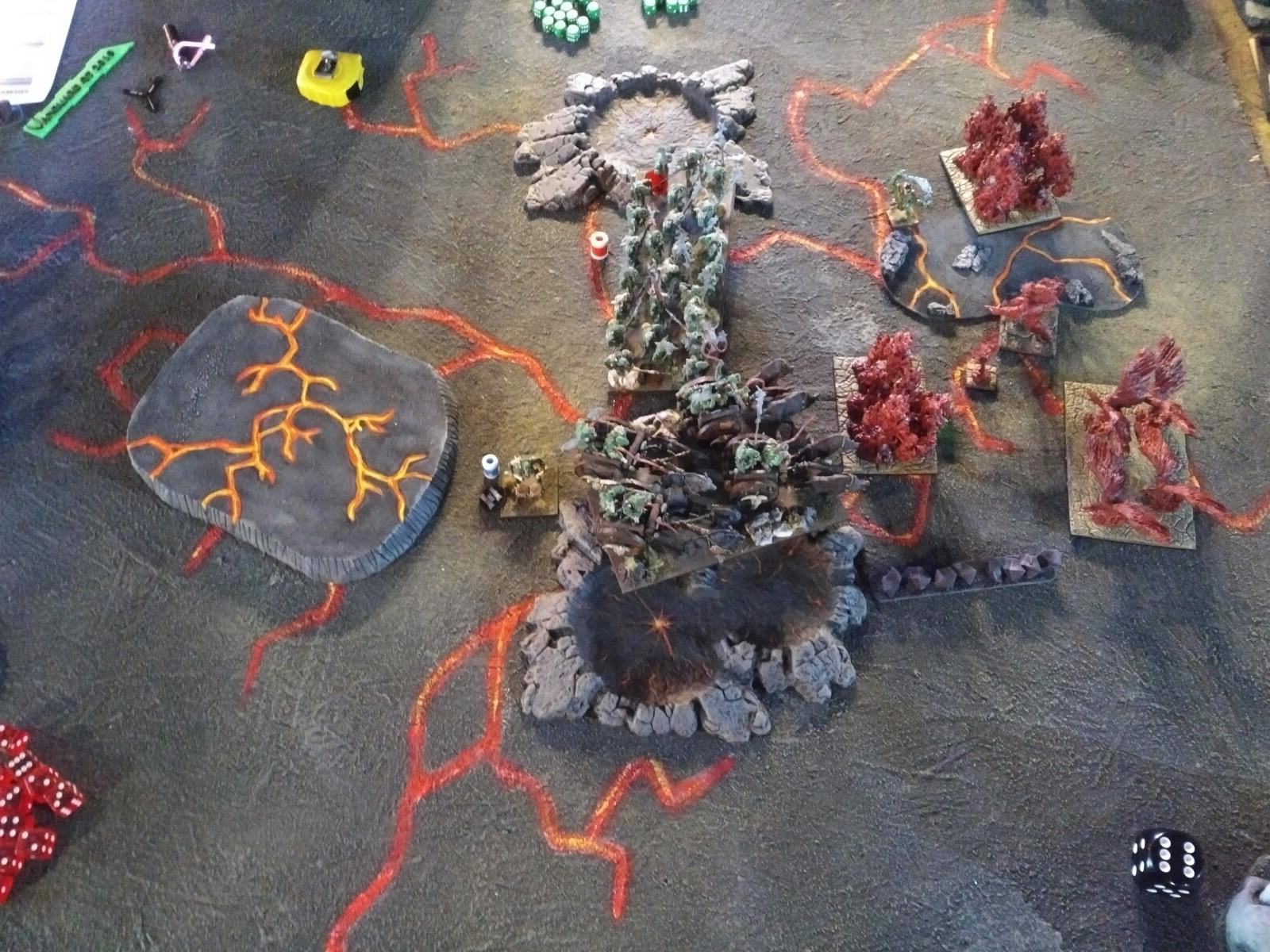 Orcs 6: The Chariots have a go at some Fire Elementals but I don’t think they get lucky, especially hindered

I don’t really remember how this ended up, but I sort of think it was a …

Apart from the idiocy with the line of characters (…), this was a really satisfying game against an army I really like and a dude I’ve never played but seen around plenty of times (also he’s in our sister club). Yea Orcs!