Last one of these mini reports! This was an intro game for a clubmate who used to play WHFB with us and mostly disappeared after the cataclysm, until he finally caved and bought an Abyssal megaforce late in the summer. He slammed the army out in really stunning time  although note that the list he ended up painting and bringing to the Crossroads GT 2017 was not the one above. We berated him out of using the Molochs in short order and he replaced them with a Well of Souls, more Gargoyles, etc.

Pretty sure we played Dominate, because I may as well have an advantage XD

Ha! I dont remember much and my photos are terrible. I think in these intro games I was more interested in talking about KOW and its intricacies than taking board shots. Thats my excuse. 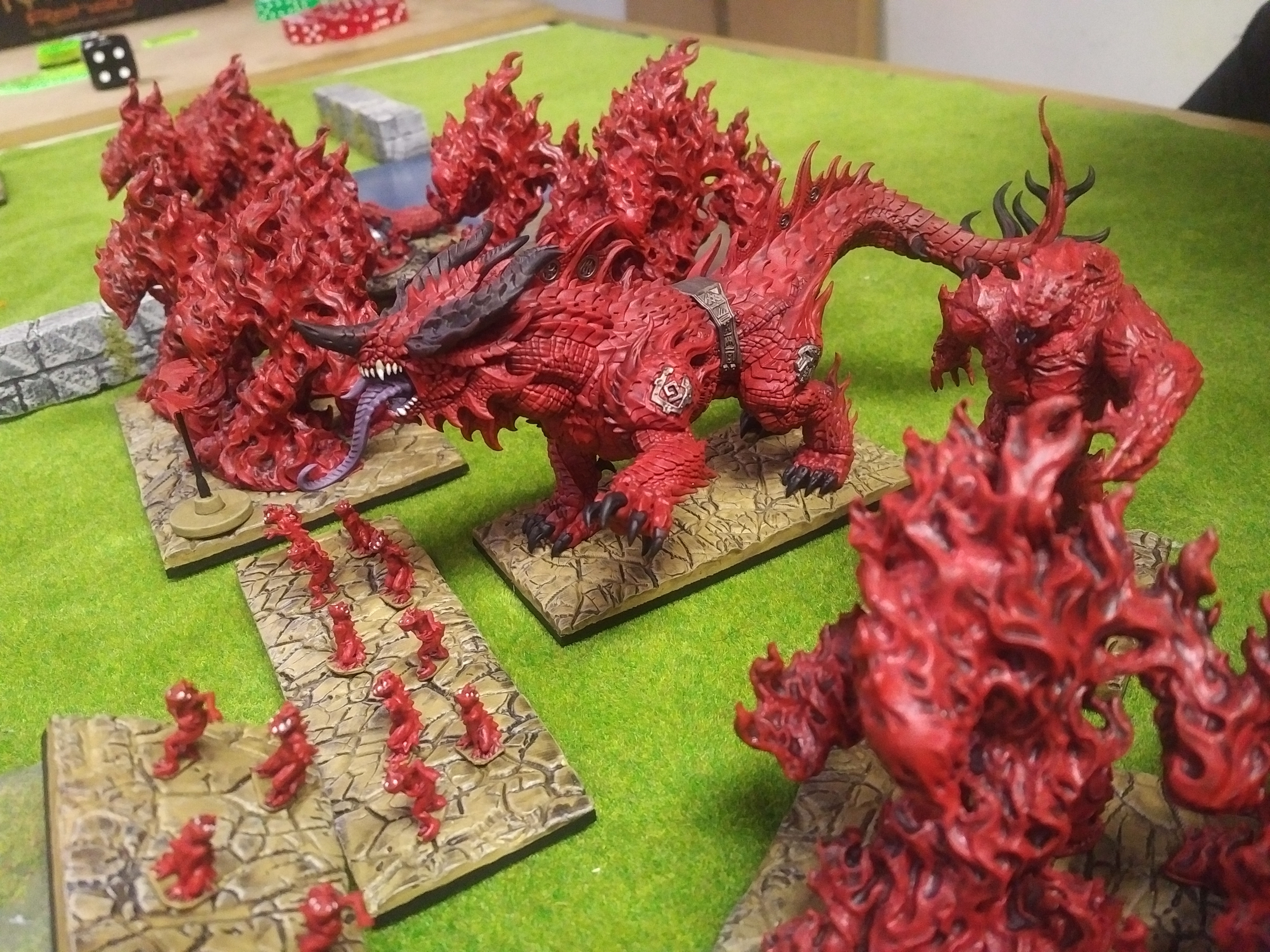 But wow are my guys red!

Eventually a lot of his things bumped into mine and were clobbered back, with the things in the list you expect to die dying  Molochs (though they did better than the internet might think, especially with multiple flank charges (!) going off), Horsemen, Succubi, Gargs all succumbing to burning love and breath attaks. 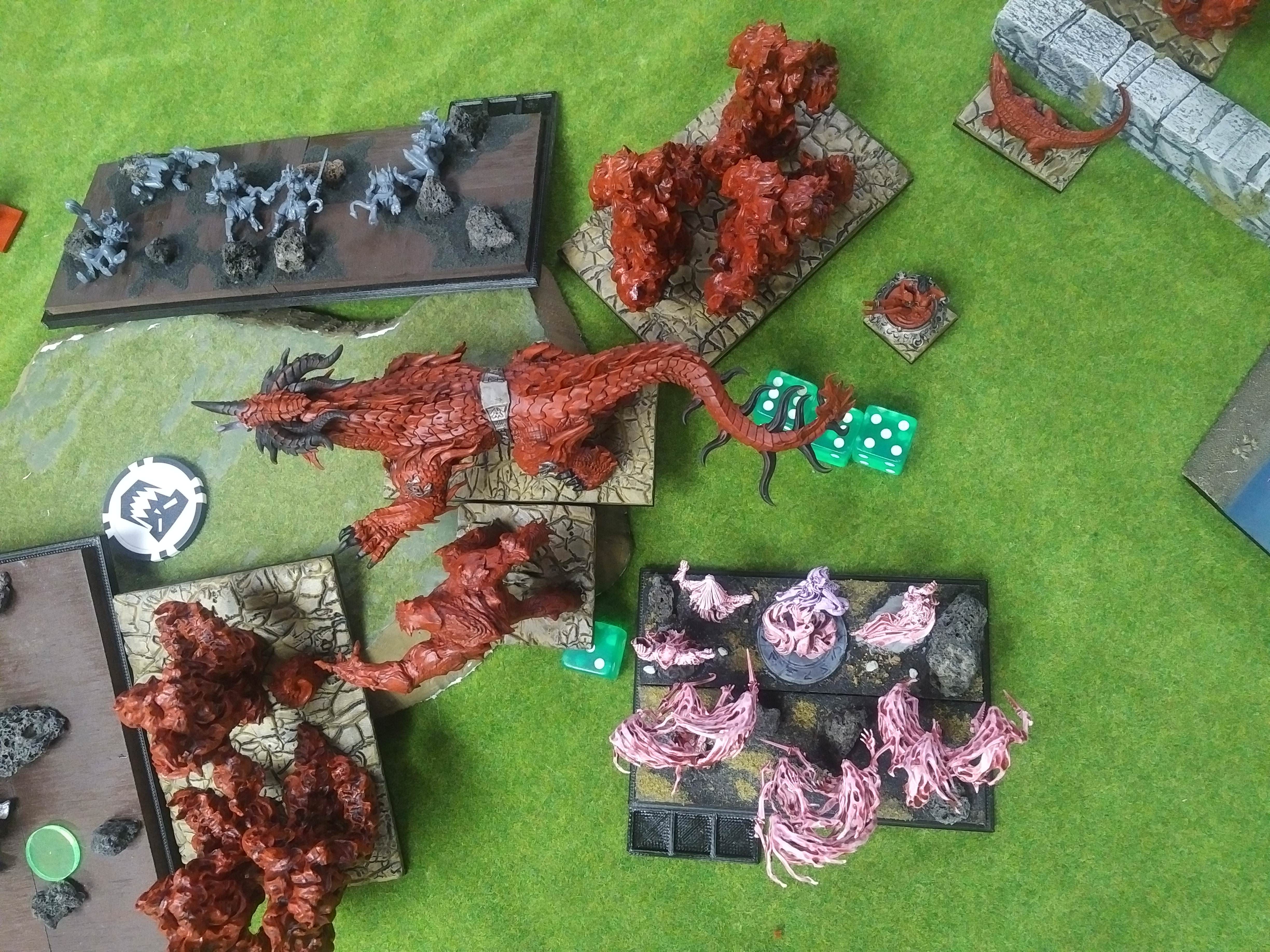 Tortured Souls pulled off a stunner of a long distance charge into the Ankylodons flank, shredding him down 17 wounds  and then rolling snake eyes! A lot went sideways after this, with flank charges and surge charges bashing up the rest of the Abyssals but good.